Cyril Mychalejko, a Bucks County native with an extensive career as a progressive-thinking writer and media professional, has been named Editor-in-Chief of the Bucks County Beacon.

In his new role, Mychalejko will oversee the Beacon’s mission of insightful and incisive examination of local politics and county government, while providing a platform for progressive voices across the region’s media.

“We created the Beacon about a year ago when we noticed the (progressive) hole in the local news landscape,” said Emily Smith, the Beacon’s chief operating officer. Mychalejko’s writing in various publications was quickly noticed and, she said, “we decided we needed his voice for the Bucks County Beacon.”

“Cyril has a vision for growing our readership, while highlighting other independent thinkers in Bucks,” added Smith. “We are very excited for him to take a leadership role as Editor-in-Chief.”

Mychalejko will continue to write his noteworthy column each week for the Beacon, as he assumes his editorial responsibilities.

He comes to the Beacon with an impressive journalistic background that includes helping found Upside Down World, a grassroots, reader-funded, award-winning online magazine that covered politics and activism in Latin America. His writing and analysis has also appeared in such progressive publications such as Truthout, Common Dreams. He also has a biweekly column with the The Bucks County Courier Times and The Intelligencer..

Additionally, Mychalejko’s media activism and passion to build a progressive media movement has taken him around the world, including South and Central America.

Assuming his new position with the Beacon is an exciting challenge, he said.

“I am thrilled to take on this role and the task of helping this publication continue to grow. My background is grassroots, independent, progressive journalism, so working at the Beacon has felt like a homecoming for me.”

Mychalejko said his North Star is as it’s long been.

“The plan is to build on the amazing work already being produced by the Beacon team and expand more news coverage, more analysis and more unapologetic progressive community voices on the editorial page,” he said. 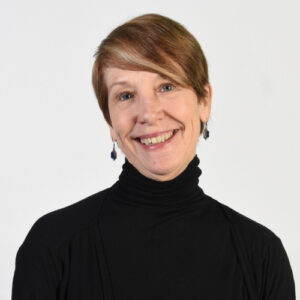