My new monthly column, Race Matters, will be a place for readers in Bucks County to reflect on matters of race because race matters in so many aspects of our lives: education, criminal justice, housing, personal relations, etc. Then, the idea is that you can use what you read here to spark additional discussion elsewhere in your lives, such as your homes, school boards, churches, and businesses. This space will work to inform, educate, and possibly even surprise you with new ways of seeing your community and yourself. And, I will strive to use examples from what we see happening here in Bucks County, and examine it through an anti-racist lens.

Let’s start with the word “racist” – a charged word to say the least. Most fair-minded people agree that racism is reprehensible. What most of us have trouble agreeing on is what it is and how it manifests. Only those steeped in the strongest denial purport that racism doesn’t exist. Only those steeped in the strongest enmity will disagree that it’s harmful to all races, and needs to be opposed.

What does #BlackHistoryMonth mean to you? Kevin E Leven, co-leader of the Bucks County Anti-Racism Coalition flips the question he has been asked for years.#Antiracism #BucksCountyhttps://t.co/RjrqyyjBO6 pic.twitter.com/EYJGAkwApR

So – pop quiz time. I would like you to take a moment to imagine what a racist looks like to you. Go ahead, do it now. Take as long as you need. I’ll wait… …all set?

No matter what or who you imagined, keep it in your mind’s eye for now. We’ll get back to this shortly. Before we define what a “racist” is, we have to define racism. Although, here’s how I might start to define it. For now, let’s take a peek at what Merriam-Webster has to say on the matter:

There’s one key word in that definition that stands out to me. Does it stand out to you too? Did you spot it? That word is “behavior.”

It is much more useful to define actions, policies, comments, and beliefs as racist because very few people embody racist behavior 100 percent of the time. However, when applied to individuals, if racism is behavior, and behavior is situational, then a “racist” can really appear anywhere; this behavior can come from anyone. This also means that one can be fully anti-racist Sunday through Friday, then turn around and embody racism on Saturday (willingly or unknowingly), and Saturday’s behavior still classifies as racist, and should be called out.

A school district can promote black figures during Black History Month, and still act to deny students access to authors of color. That act of denial is still racist, despite anything that came before or after it. Being anti-racist is not a state of being, it’s a process. In the same way that a bodybuilder needs to exercise more than once a month, opposing racism is akin to “exercising” good decision–making in each moment, continually. And like working out, it’s hard, and it’s work. But, like exercise, do I dare say it can also be fun? And, similar to bodybuilding, the mind becomes stronger when we gain new insights into how the systems in the world around us play a part in reinforcing inequity. It’s almost like being in on a secret. Sometimes that also means discovering a part of yourself that you didn’t know existed.

Black History Month can be a celebration for February, but racial justice organizing and anti-racism activism needs to be year-round.https://t.co/CAkqVjP0Uq pic.twitter.com/9YjEG4Grjv

Still have that image of the “racist” in your mind’s eye from the pop quiz? Was this person wearing a white hood? Carrying a tiki torch? Perhaps sporting a few white supremacist tattoos? Maybe seated on a school board? These are the folks to whom we have assigned the label of “racist,” which is easy to do, given how these folks wear their beliefs on their sleeve. But when we think of Neo-Nazis or the Klu Klux Klan or any overt examples of “racists” to the exclusion of everyone else (including ourselves) we see the tip, but not the iceberg beneath it. And, once again, according to our definition above, even the term “racist”, when applied to these people you may have imagined, is describing their behavior, not their personhood.

Again, for clarity: “racist” is a descriptor of behavior, not a fixed label applied to a person permanently.

When framed in that manner, it means that anyone can be racist, at any time. If I have the potential to embody racist behavior, then so do you. If I, as a Black man, can work to combat my internalized racism, you can work to spot your implicit bias. One of the best and most effective ways to combat racism is to start by looking in the mirror.

So, now that we have this basic understanding of racism, and racists, we can proceed with further discussion on the matter with these definitions as a foundation. There is one key word though that still needs defining. The root of both “racist” and “racism.”

What is “race” exactly? Stay tuned… 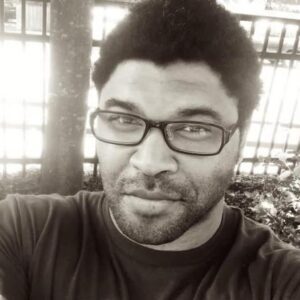 Kevin E. Leven is co-leader of the Bucks County Anti-Racism Coalition, A 501(c)(3) nonprofit charity organization dedicated to educating, informing, and taking action on matters of racial justice.
PrevDiplomacy And De-escalation Is the Strength We Must Project for Peace In Ukraine
Ten Days in March – A New Shortened Petition Period Is Unfair to New CandidatesNext