I’m a parent who knows firsthand how having access to LGBTQ books in our K-12 schools has played a positive role in my daughter’s life.

The following is a transcript of Mindy’s testimony at Thursday’s Congressional hearing, Free Speech Under Attack: Book Bans and Academic Censorship.

My name is Mindy Freeman and my pronouns are She/Her. I’m a parent from Bucks County, PA, where I’ve lived with my spouse since we married 25 years ago. I’m speaking from the heart as a person who loves their children, as a former elementary school teacher for nine years, and as someone that cares deeply about the public K-12 education of our youth.

This is 2022 and despite all of the major issues needing our nation’s highest prioritization, resources, attention and solutions – “Free Speech Under Attack: Book Bans and Academic Censorship” is a subject that we are now forced to be tackling. This is neither an episode of The Twilight Zone nor a replay of the movie Footloose; this is a real life attack on public education, diversity of thought, inclusion of people, and the ability of citizens to consume real authentic stories of who we are: ALL of us! Books have a critical role in people’s lives.

My youngest child, Lily, is a 15 year-old sophomore and honor student at our local public high school. She acts, sings, dances, and draws beautifully. She loves to hang out with her friends, ride her bike with her dad, spend time with her grandparents, and binge watch shows with me. You know … kid stuff! Lily also happens to be a female of trans-experience. She is proud to be trans and we are proud of her! Being able to be visible for others and seeing herself in the books she reads, in the movies she’s watching, and in other media – is so very important. I want to be clear – if there is one soundbyte to arise from my appearance here today, let it be this one: No book made my child become transgender any more than a book could have turned her eyes from brown to blue.

Let me tell you a little about Lily’s journey. Lily will tell you that as soon as she could recognize herself in the mirror, the person looking back at her was not the person she was. The ‘male presenting person’ reflecting back at her didn’t align correctly with her being. As Lily was growing up during her younger years, she presented in what would be considered a more feminine way. All her friends were girls, and she liked playing with Barbie dolls, Polly Pockets, and princess dress-up: things considered to be “girl” toys. As someone that had never known a transgender person, while this “out of the gender norm behavior” made my spouse and I question what was “going on” with Lily, we did not discourage her from enjoying the things she loved.

In early elementary school, Lily lacked the words, insight, and confidence to describe what she was feeling. As school activities began to separate boys from girls, this only confused and frustrated her.

In the fourth grade, when boys and girls were separated to learn about what will happen to their own bodies during puberty, Lily began to panic. After sharing her feelings with my older two daughters, she came to my spouse and me. We did not have the knowledge of everything LGBTQ (especially trans-related), but what we did know … is we loved our child and that we would support Lily no matter what. We told Lily that she did not need to put a label on herself. Although Lily’s gender discovery began much earlier on, this is where our family’s learning journey began.

Because we shared with Lily’s fifth grade teacher what Lily was going through, her teacher brought our attention to Alex Gino’s book George (now Melissa), an award- winning children’s novel about a trans fourth grader, and said that Lily had the option to read it. We appreciated the visibility that this provided to Lily, as well as the support. Not only by the teacher, but by the school for having age-appropriate books accessible on the shelves: both in the teacher’s classroom and in the school’s public library.

Two years later in 7th grade, her social studies teacher made it easy for kids like Lily and students who wanted to learn about their LGBTQ classmates to “check out” age appropriate LGBTQ literature from his classroom shelves. These books helped Lily’s friends better understand what she and others were going through.

Still, middle school was a trial. And high school hasn’t been easy either. This Friday, we’ll be attending an adjudication hearing for three teens (two from her school) accused of threatening and targeting Lily simply because she is transgender.

It’s no wonder LGBTQ youth have a higher rate of depression and suicide than their cisgender straight counterparts. According to the Trevor Project, those who report having at least one affirming space have 35% reduced odds of reporting a suicide attempt in the past year – the strongest association being with affirming schools. Having age-appropriate LGBTQ books on our K-12 library shelves contributes to an affirming and safe environment in our public schools.

Banning and censoring books – especially LGBTQ books in schools K thru 12 – promotes divisiveness, harm and hate … instead of kindness, education, and awareness; schools are places of learning and when you take away access to these books, it:

1) removes a safe resource allowing LGBTQ children to see themselves in culture, learn about themselves, or allow others the opportunity to learn more,

2) can hinder the ability of all children to become better empathizers by limiting their access to reading content of their choice, and

3) is a discriminatory practice.

So tell me, again, why do we want to ban/censor books? And who does this benefit? Let me answer this for you: absolutely nobody. Banning books is a practice which limits freedom of speech and expression, and K-12 public schools should not be used to facilitate censorship and exclusionary practices.

I have never lobbied on Capitol Hill or run for political office. I do not sit on a school board. Nor do I plan to. I’m a parent who knows firsthand how having access to LGBTQ books in our K-12 schools has played a positive role in my daughter’s life. We need to ensure that all children continue to have access to diverse books in their school libraries.

As stated by the author of George (Melissa), Alex Gino, “Books save lives. When we find ourselves in these pages, we are less alone. When we meet others, we experience their humanity. Reading stories from and about people across a range of experiences and histories prepares us to respect, share, and protect our diverse world.” 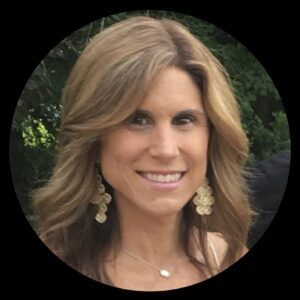 Mindy Freeman (she/her) is a resident of Buckingham Township which is located in Bucks County, Pennsylvania, an hour north of Philadelphia. She graduated from Pennsylvania State University in 1994 with a degree in Elementary Education and taught for 9 years in The Central Bucks School District (1995-2003). Currently, and for the past 19 years, she is an Executive Sales Representative with Eli Lilly and Company in the Diabetes Specialty Division. She is also the Global LGBTQ Ally Program Chair (U.S. lead) at Lilly. In all aspects of her life, she is most passionate about respect for people.
PrevEffort underway to create new framework for Pennridge School Board elections
PA Librarian to Congress: Book Banning Threatens the Future of Our DemocracyNext