The school board and its loudest supporters are the proof that there is a very urgent need for it in this community.

How is it that the topic, the ideal, the potential work regarding Diversity, Equity, and Inclusion (DEI) became a breeding ground for such malice? Why has it become so difficult to look beyond your life, your experiences, and your pain to see how you can be affecting someone else’s life? Why do some believe that in order to create balance, to help others, and to build with others means to sacrifice? Why do those in opposition to discussing DEI speak in such absolutes? They speak about shame, indoctrination, harmful books, and parental choice, but, to what end? Why do you attempt to speak in love, only to reserve that love for those who agree with you?

The Pennridge School Board officially shut down this very conversation on March 21. Its actions and words show us the indifference, bias, and refusal of discussion. This school year has given us so many examples of how fear and hate can overtake reason and the pursuit of knowledge. Moments that should create pause for reflection and conversation become absolutes that continue to divide our community.

The CommUnity committee was doomed to fail.

This is due to the disingenuous effort that the board put forth. Per previous school board president, Mr. Krause, this committee was to run for, at minimum, 12 months. Here we are only six months later, with only four  public meetings and no agenda items accomplished. The school board did everything it  could to stall any efforts made by this group. I applaud the community members on this committee. Despite the stalling, they pushed forward with intense conversations and something amazing was beginning to root itself. This immediately became about DEI and the members were listening to each other. They showed a true desire to  in find understanding of the needs and wants of the school district. The board members, however, provided nothing in this effort. No direction, no knowledge of process or policy, no purpose and no reaction to what the committee was asking for.

Our current board president, Mrs. Cullen, made this statement in the August 2021 meeting during the vote to halt the DEI committee (headed by superintendent Dr. Bolton), and create the Ad-hoc committee (now known as the CommUnity committee):

“…curriculum is meant to be designed by our educational professionals, the DEI initiative, in its own definition, says that it would govern every aspect of this school district from recruiting employees, to curriculum, to professional development,” said  Mrs. Cullen at the August 23 school board meeting.

Mrs. Cullen, and the loudest who support her, have shown extreme bias and misunderstanding of DEI. They completely overtook a presentation by Dr. Bolton last July, where he sought to show us everything the committee worked on. When Mrs. Cullen could not get the DEI initiative completely dismantled in August, she promoted the Ad-hoc committee as a “fresh start,” how they would assess “the need,” and how they would do this all “in love.” She refused to listen to Dr. Bolton’s objections to this; she argued with Mrs. Banis-Clemens, who spoke about how the ad-hoc committee is set up to do the same as what the DEI committee was already doing.

“We have arrived at the point where it makes sense to hand over what we’ve done, or you know, what information has been gathered to the district personnel to work with and create, the, you know, any program that might be needed,” said Mrs. Cullen at the March 21 meeting.

The saddest part of this situation is no information has been or will be shared. The CommUnity committee was never shown the information from the DEI committee. They never had access to educational professionals, or representation from the administration or student council. The committee never officially accomplished anything, not even a mission statement, as Mrs. Cullen stalled the vote on the mission statement. So, what information will be shared with our district personnel that they do not already have?

This school board has not made any genuine attempt to understand the need for DEI. They have created numerous issues stemming from lack of transparency, policy changes for only their benefit, book reviews targeting LGBTQIA literature, language that fosters discriminatory behavior, complete disdain for anyone who does not agree with them, and then flaunts it in those very community members’ faces. The “need” for DEI should not need to be proven, but the school board and its loudest supporters are the proof that there is a very urgent need for it in this community. 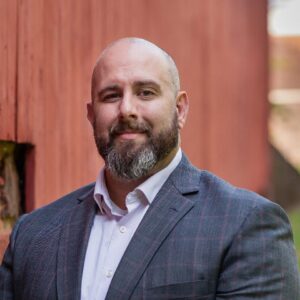 David O'Donnell recently ran for School Board Director in Pennridge SD. He has been a manager in Retail and Hospitality for over 20 years. He works within the community through organizations such as Pennridge Democrats. He is also a coach in the Pennridge Little League.
PrevDon’t let him fool you, Rep. Brian Fitzpatrick is anti-choice
Bucks County’s Raging Chicken Press Is Hatching Progressive Political FundsNext