We must do what we can, where we can, to protect the LGBTQ+ young people in our lives, communities, and schools.

The Right has declared war on trans youth.

Recent headlines offer a sickening taste of what reactionary governors and state legislators have been cooking up in their laboratories of transphobic bigotry.

The disastrous impact of these bills was described by Chase Strangio of the ACLU on Democracy Now!: “Right now on the ground, we know that families are being investigated solely because they have transgender children. Teachers are being asked to report transgender children and their families to child welfare authorities and providers have cut off healthcare across the state. So the practical impact is catastrophic, and people are suffering.”

And the attacks are not limited to trans people. According to Human Rights Watch, so far in 2022, there are more than 300 anti-LGBTQ+ bills under consideration in state legislatures. The Republican governor of Florida is set to sign a law that prohibits teachers and staff from teaching about — or even mentioning — gender identity or sexual orientation. All over the country, books about LGBTQ+ people or characters are being removed from school libraries and classroom shelves.

We must do what we can, where we can, to protect the LGBTQ+ young people in our lives, communities, and schools.

For some of us, this will mean defying the law. In Texas, Gov. Greg Abbott recently ordered teachers to report any student they suspect of receiving gender affirming care to the state’s child welfare agency as a potential case of “child abuse.” No. We won’t do that. Another law, making its way through the Alabama legislature, requires school personnel to out trans youth to their parents or guardians. No. We won’t do that, either. And in the 11 states with bans on transgender athletes, school athletic personnel have been transformed into gender policing bureaucrats. We refuse to be conscripted into this war on children.

And for those of us beyond the jurisdiction of these awful bills? We must be clear: This is our fight too. Educators and school staff must help make schools centers of resistance. Years ago, heroic AIDS activists proclaimed “Silence = Death” in the fight to save Queer lives. It remains true.

We should organize in our unions and professional associations to develop guidance for navigating anti-LGBTQ+ legislation and draft clear statements opposing it. We should donate to legal funds to challenge these laws and defend those being targeted by them. And we should use our voices — on social media, in coffee shops, around the dinner table, at school board meetings and legislative sessions — to combat misinformation about Queer people and gender affirming health care.

It also means building classrooms and curricula that resist the dehumanization of LGBTQ+ people that these attacks engender. It means always using our students’ correct pronouns and names; normalizing Queer stories and people through the books on our shelves, the films, podcasts, stories, and poems in our curricula; addressing gender and sexuality across the curriculum, not just in ELA or health class; teaching the history of social movements, including the LGBTQ+ movement; supporting student efforts to organize against homophobia and transphobia — QSAsor banned book clubs or rallies; and it means recognizing the deadly stakes if we don’t.

Last summer, someone tweeted a CNN article titled, “Four in five queer people have been emotionally attached to an English teacher, study finds.” It went viral on Twitter. It was, of course, a made-up post conceptualized by a user who shared the (fake) article with the comment, “name a more iconic duo than a gay kid and their english teacher.” While there was no such study, the sentiment resonated. Tens of thousands of people shared the post and hundreds commented on it with moving memories of the positive role teachers played in the lives of Queer kids. Lots of LGBTQ people agreed: Yes, English teachers were a source of support and affirmation — but they weren’t the only ones. One person wrote, “Trans kid and their science teacher ☺.” Others wrote, “The trans kid and the Art teacher,” “Me (gay kid) and my math teacher,” and “Oh 100% but it’s way more accurate if you change it to being about the modern languages teachers 😂😭.” The point? Long before this latest wave of anti-LGBTQ legislation, educators were combatting heterosexism and transphobia to make Queer young people feel seen and valued, and to offer them spaces in their classrooms where they belong.

That is still our charge.

This is a dangerous moment for LGBTQ people and their families and loved ones. Even if the courts ultimately strike down many of the Right’s legislative efforts, their cruelty has done real harm. We educators play a critical and urgent role in reducing that harm with a counteroffensive of fierce affirmation and love.

Thanks Rethinking Schools for allowing us to republish your editorial.

The 2018-19 winter issue of Rethinking Schools magazine celebrates transgender students and interrogates some of the ways that transphobia manifests itself in our schools and classrooms:

Queering Black History and Getting Free
By Dominique Hazzard

“What Kind Are You?”
Transgender Characters in Children’s Literature
By Lora Worden 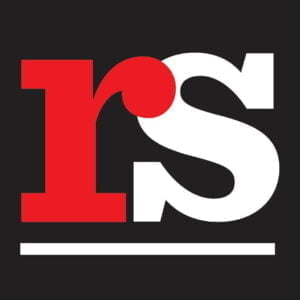