Why We Should All Celebrate Juneteenth

Even though President Joe Biden signed into law a bill that made Juneteenth a federal holiday in 2021, too many Americans are still unfamiliar with the day or its significance.

Juneteenth is a day when generations of Black Americans have come together to celebrate freedom from chattel slavery. It’s a day that, until recently, was not widely acknowledged outside of some Black communities.

Even though President Joe Biden signed into law a bill that made Juneteenth a federal holiday in 2021, too many Americans are still unfamiliar with the day or its significance. It’s time for that to change.

Amid the pandemic, the struggle to confront the realities of racism in the United States, a series of mass shootings and the continued fallout from the 2020 election, Juneteenth is an occasion for everyone in the United States to come together, enjoy the company of our family, friends and neighbors, and gather around the grill.

Roughly seven in ten Americans believe that it’s important to teach the history of racism in our country, including the history of their own racial groups and others. Juneteenth provides a powerful opportunity to learn about our shared past in a way that celebrates progress while recognizing ongoing challenges.

I never learned about Juneteenth in school. Even though part of my family is from Texas, where most slaves weren’t freed until Union troops arrived in Galveston on June 19, 1865, I grew up knowing little more than that my father was born on a day we called “Juneteenth.” It wasn’t until I was an adult that I came to understand what that meant.

This significant event should not be hidden in history. And now that Juneteenth is nationally recognized, we have a responsibility to learn how to talk about and celebrate this holiday more broadly.

We also have a responsibility to ensure that our country’s polarization does not take away from Juneteenth. Currently, Americans feel more positively toward July 4, Veterans Day, Thanksgiving and Martin Luther King Jr. Day than they do toward Juneteenth. This largely falls along party lines, with Democrats feeling significantly more positive than Republicans.

But research from our organization More in Common, which will be published soon, shows that freedom and equality are values that Americans associate closely with our national identity. If July 4 celebrates our independence as a nation, and Juneteenth commemorates the emancipation of enslaved Americans, these two holidays can represent a twin celebration of freedom that truly embodies the value that Americans hold highest: freedom for all.

Some Americans feel unsure that Juneteenth is meant for them and are uncertain of how to celebrate it. In our recent study, we found that while seven in 10 Black Americans view Juneteenth as somewhat or very personally significant, that figure was less than one-half for Hispanic Americans, and less than one-third for white and Asian Americans. This divide is likely due to the fact that, for many years, Juneteenth was a holiday primarily celebrated by Black people like my nana.

When I asked my nana about her experience as a young girl in Dallas, Tex., she said she would dress up and gather with family and friends to barbecue, drink red soda and celebrate perseverance, progress and freedom, even in the face of continuing oppression. But Juneteenth’s long history in Black communities isn’t a barrier to a wider celebration.

Black American history, after all, is U.S. history — and Juneteenth, in particular, represents an ongoing journey of a young country struggling to live up to its ideals.

It is our duty to provide Americans with the resources to learn this history. And if we can learn from each other while celebrating with barbecue and red soda in the process, then all the better.

This column was produced for the Progressive Media Project, which is run by The Progressive magazine, and distributed by Tribune News Service. 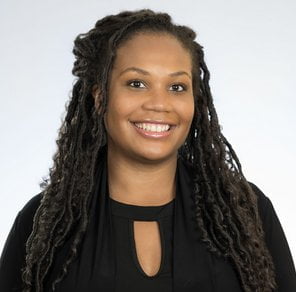 Jazmin Kreimer is the grant partnerships associate at More in Common and an attorney, who is passionate about civil rights and human rights issues.
PrevThis Weekend: Drag Bingo, Father’s Day, & Juneteenth
Doug Mastriano Would Be A Disaster for Public EducationNext