They rallied against COVID-19 safety protocols and now they are proposing book bans and censorship. What’s next?

The president of the Central Bucks School Board and the superintendent are colluding to blame the community for their own ominous policies and poor governance. They have attempted to blame us, the parents and concerned citizens, for pointing out that Policy 109.2, the same policy they had an emergency special meeting for, is a book ban policy. They used their power to email every district parent/guardian, already ethically questionable, to spew lies and half-truths while passing the blame to how others interpreted their policy. What they failed to mention, in their verbose attempt to gaslight their own parents/guardians, was that their policy was lifted from Texas, the state with the largest number of book bans, and that the School Board directors responsible for this policy are members of Moms for Liberty.

They blame us, the parents, for “sowing division in the community” while conveniently forgetting that the division began when their own School Director, Leigh Vlasblom, teamed up with Paul Martino in the summer of 2020 to hold performative town halls about COVID-19, masks, and school closures, during which they blamed other school directors and the district itself. They blame us, the taxpayers, “for creating chaos,” while conveniently ignoring that two of their board directors, Lisa Sciscio and Debra Cannon, and those who worked to elect them, belong to a far-right group called Moms For Liberty. They blame us, the community members, for “misinterpreting” the language of the policy, while conveniently ignoring letters from ACLU, Educational Law Center, NAACP, the American Library Association, the PA Library Association, the National Coalition Against Censorship, and PFLAG, all of which oppose the policy as it is written. Even though every organization that fights censorship has written about Policy 109.2 and how it limits access to books and allows for censorship and book bans, the message from the district’s superintendent blames community members for “misinterpreting” the language, all while forgetting that the superintendent must remain neutral, nonpolitical, and independent of the board majority.

What’s missing from district communication and the overall conversation about these book bans is one extremely important point: Policy 109.2 materialized after Lisa Sciscio and Debra Cannon, both of whom are members of Moms for Liberty, won their board seats.

Who Are Moms for Liberty?

Moms for Liberty began with two Florida moms fighting mask mandates in the midst of the pandemic, and has moved into school curriculum and banning books from libraries that address gender and sexuality. The organization is incorporated as a nonprofit, 501(c)(4), which means it doesn’t have to disclose its funders.” Yet, while most of its funding is dark money, Moms for Liberty received funds from “Conservatives for Good Government,” a right-wing Florida PAC. No surprises there.

A simple Google search tells us everything we need to learn about this group. Moms for Liberty is a well-connected and organized group. Its members harass, threaten gun violence against librarians, attempt to silence teachers, put a “bounty” on teachers, target trans children, and ban books from school libraries. Moms for Liberty wants to end public education and divert funds to private establishments.

One may ask, why would those who want to dismantle public education run for a School Board Directors seat in a public school. The answer is actually simple: To defund and destroy public education from the inside by gutting libraries and curriculum, eliminating protections for already marginalized students, diverting funds under the guise of “parental choice,” and creating and implementing policies that further their conservative agenda.

In May 2021, Moms for Liberty opened a Bucks County Chapter Facebook group. Immediately, a handful of Central Bucks parents joined and recruited others. Many of these parents already belonged to Moms for Liberty on a national level and have been the vocal minority opposing masks and COVID-19 safety protocols in schools. Two of those parents are current Central Bucks School Board Directors, Lisa Sciscio and Debra Cannon.

The recruitment continued through summer of 2021, during which both Ms. Sciscio and Ms. Cannon were active members of Moms for Liberty. They participated in discussions, shared their perspectives, campaigned on the page, and attended their meetings.

In September 2021, Moms for Liberty began discussing books. Their campaign started by sharing clickbaity headlines, like “Look at what this mom found in a school library!” These stories spread like wildfire in many of the local CBSD parent groups.

During one such discussion, Lisa Sciscio said, “No way, not high school either. If anyone wants to read a book with this kind of content, they can do it on their own time and dime.” So much for “Parental Choice,” right?

Finally, after recruitment and training, Moms for Liberty had their CBSD candidates: Lisa Sciscio and Debra Cannon, who were ready and willing to turn CBSD into a conservative haven, regardless of the fact that CBSD is a public school district funded by taxpayers of various religious beliefs and ideologies.

The moment Sciscio and Cannon took office, they canceled Human Growth and Development classes, along with field trips to places that mandated masks, removed pride flags from classrooms, and are now in the process of banning books from our libraries.

Moms for Liberty is only starting its work to defund our schools and abolish public education. We should all be asking ourselves if we are fine with conservative groups infiltrating our schools and using our children and their education to further their own ideologies?

So, what’s next on the Moms for Liberty agenda? Will Ms. Sciscio and Ms. Cannon purge history books? Will they force teachers to teach “both sides” of the Holocaust? Will they petition for textbooks that deny climate change and evolution? We knew the book bans were coming, what’s next?

*Correction: An earlier version of this article misidentified Lisa Sciscio as chair of the curriculum committee. We apologize for the error.* 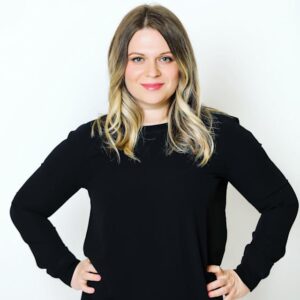