In a 3-1 vote, the Bucks County Water & Sewer Authority (BCWSA) formally entered exclusive negotiations for the sale of the county’s sewer system to Aqua Pennsylvania last week for $1.1 billion. The vote was taken subsequent to an emergency vote to include the proposal in the day’s agenda, despite having held a private press conference the previous afternoon. One observer estimated a crowd of about 40-50 BCSWA union members, rateholders, and others attended the board meeting after details of the vote were leaked to the public.

If successful, the sale would be the largest in PA since the 2016 passing of Act 12, “the private water lobby’s dream legislation,” according to Food and Water Watch’s Public Water for All Director Mary Grant. The law, which is ostensibly intended to facilitate purchasing water utilities at fair market value from struggling municipalities, opens the door for private water entities to make huge profits. Aqua Pennsylvania, a subsidiary of Essential Utilities (NYSE WTRG) has already taken advantage of this opportunity, buying up vast networks of water systems throughout Southeastern PA in Berks, Bucks, Chester, Delaware, and Montgomery Counties.

“The private water lobby has outsize influence in Pennsylvania in general,” said Grant. “They have the worst and most anti-consumer regulations by far.”

Former PA Speaker of the House Mike Turzai took on an executive role at Essential following his resignation from public service. They were a major donor to his election campaigns. Aqua H2O Political Action Committee has a robust portfolio of lawmakers at the local, state, and federal level who have received donations from its lobbyists “to educate and address issues impacting our water, wastewater, and natural gas service.” Their political spending policy is in accordance with state and federal laws and highlights major areas of need for campaign finance reform.

The current proposal to purchase the Bucks County sewer system includes a one-year rate freeze. The freeze, however, is in keeping with their current schedule, which hikes rates every two years. Aqua’s rates are already substantially higher than those being charged by BCSWA today. This is especially troubling for sewer customers as Aqua’s sewer system thus far is less expansive than their service area for water customers. The cost of the added burden is passed onto the consumer, as is the cost of the purchase of the utility itself. Per its website, BCWSA serves over 100,000 households and businesses, most of whom would be affected by rate hikes over the long term.

In addition to Bucks, BCSWA serves parts of Chester and Montgomery counties. Many smaller townships and municipalities sold their water assets to BCSWA in good faith that they would be dealing with a non-profit organization. Warrington Township Board of Supervisors Chair Fred R. Gaines spoke at last week’s meeting stating that if the sale were to go through they were prepared to exercise their right of first refusal. The township would require a formal vote for that to occur, but other townships may have opportunities to follow suit.

Margo Woodacre and other residents of New Garden Township in Chester County have spoken out to the press and their neighbors about the raw deal they received when their local utilities were sold to Aqua. Despite assurances to keep rates affordable, the utility company has the opportunity to raise them as much as 51% in the coming years. Their story serves as a warning to residents of other municipalities considering the sale of their assets to private water companies.

“People have to realize that despite what they’re hearing, the privatization of BCSWA would saddle generations of residents with increased rates,” said Ginny Marcille-Kerslake, an Eastern Pennsylvania Organizer at Food and Water Watch.

She emphasized that the very nature of this vote is indicative of the way the deal is proceeding.

“It is a backroom deal that has been kept as secret and private as possible that they are pushing forward as quickly as possible,” added Marcille-Kerslake.

Food and Water Watch announced last Friday that their request for information about the dealings between Aqua and BCWSA was denied by the Pennsylvania Office of Open Records. The organization was first made aware of a potential sale when an offer from Aqua for only $600 million was leaked. Food and Water Watch’s initial request for details was submitted in March and has been denied on the premise of confidentiality. Following appeal, the organization was told that everything about the deal was confidential while still in process, indicating that consumers will be denied access to vital information ahead of the sale.

“This is a major asset, and the public has a fundamental right to knowledge of what’s going on,” said Grant. “People need to turn out and tell not only the authority that they don’t want the deal but their county commissioners who appoint the board.”

Residents have the opportunity to speak at a series of public hearings next week. According to the BCSWA website, there will be hearings at the following times and locations:

(use parking lot by the West Entrance)

“The public open house events on Tuesday will include several stations with Aqua reps available to [answer] questions about services and operations,” Brian Dries, a vice president for Ceisler Media & Issue Advocacy, which is acting as spokesperson for BCWSA, said in an e-mail to the Philadelphia Inquirer. “Aqua and BCWSA reps will address attendees and provide Q&A.”

Additionally, there will be an RSVP-only meeting for municipal retail partners Monday, July 25, at 4:00PM in the Bucks County Community College Newtown Campus Gallagher Room.

Local organization NOPE, Neighbors Opposing Privatization Efforts, has been successful in combating this type of sale in Norristown in 2021 and is already working to protect Bucks County residents from taking on the added cost burden of privatization. They are an additional resource available to rate holders who wish to learn more or speak out about the sale of their utility.

There is no indication that BCSWA is incapable of making necessary upgrades and performing its function as a public utility. In fact, the federal infrastructure bill enacted last year has funds specifically allocated for the improvement of water and wastewater systems. The organization prides itself on its “proven” reputation of consistency and accountability, so why are Bucks County residents being asked to relinquish ownership of a vital asset? We know residents will pay while Aqua and its investors profit. Offloading the public institutions that provide our local government with a mandate may well reduce its very function to a means of enriching elected officials. 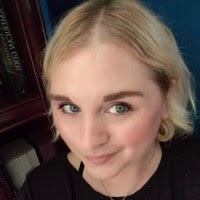 Christina Lengyel is a freelance writer and editor. She is passionate about service and community.
PrevAre You Ready to Be a Jane?
Billionaires Are Bad for DemocracyNext