The Democratic candidate in PA's 16th State Senate District says it’s time to crack down on the corporate crime wave in the state, which includes wage theft and environmental contamination.

When an international consortium of journalists released the Pandora Papers in October 2021, it became clear there are not only two different worlds, but two different sets of rules for people.

The world’s most  wealthy and powerful along with corporations can shield their income and assets in shell companies and overseas accounts, and avoid paying their fair share. They face little to no consequences for illegal activity. For example, when HSBC was found to be laundering money for drug cartels, they were fined just 5 weeks of operating income and some executives had to defer bonuses, according to Rolling Stone. Hardly, a penalty for essentially aiding and abetting violent criminal syndicates.

For comparison, Scott Hechinger, founder of Zealous, a public defender advocacy organization pointed out the hypocrisy of America’s criminal justice system. He referenced a client of his that was offered 36-72 months in jail for stealing $100 worth of quarters from a laundry room. A woman in Oklahoma was sentenced to 15 years in jail for drug possession.

It’s time we redefine our concept of crime and focus on the worst offenders: white-collar criminals and the millions of victims they leave in their wake. White-collar crimes usually consist of fraud, embezzlement, money laundering, and wage theft.

To put it in perspective, author and law professor Jennifer Traub reports that the total loss associated with street crimes like robbery and burglary is about $16 billion, and the total cost of white-collar crime is between $300-$800 billion.

In the United States and Pennsylvania, the perpetrator we should be most worried about isn’t the poor person who shoplifts food, but the business owner who defrauds his employees of their wages and overtime.

According to Bajoka Law, one in four households will be the victim of a white-collar crime, but just 3 percent will be prosecuted at the federal level and 90 percent will never be reported.

Instead of being tough on crime, we need to be smart about crime and pursue criminals who maliciously destroy the lives of thousands or undermine their worker’s economic well-being. In Pennsylvania, that starts with going after employers and businesses that deliberately underpay their workers.

According to Temple University, an estimated 300,000 Pennsylvanians experience between $19 million and $32 million in stolen wages per work week.  It’s estimated that 15 percent of a low-wage worker’s weekly pay is stolen. This is money taken from local businesses, it’s the difference between making rent and paying for groceries.

Despite this, insufficient resources at the Department of Labor and Industry (DLI) undermine the state’s enforcement power. The department closes roughly 5,000 cases a year but collects wages in just 2,000 of them.  With additional staff and resources, more workers would receive the relief they deserve and employers would feel the consequences of their crime.

This regulatory malfeasance is just one example of Republican weakness on white-collar crime through deliberately undermining agencies tasked with protecting us from wrongdoing and harm. The budget cuts made to the Department of Environmental Protection (DEP) are some of the most deliberate efforts by Republicans to enable criminal polluters.

According to David Hess, former Secretary of Pennsylvania’s DEP, over the last 17 years General Fund support for DEP environmental programs has been cut by more than 40 percent, and the agency’s staff reduced by nearly 30 percent. As a result, the department is struggling to protect against the destruction of our health and environment.

The office of oil and gas management has lost 36 positions, giving it fewer people to investigate complaints and hold drillers accountable, according to State Rep. Vitali of Philadelphia. According to the federal government, the DEP has also struggled to protect the Chesapeake Bay, falling 25 percent short of its nitrogen reduction goals. There are over 33,000 farms along the bay that require oversight and compliance.

Pennsylvania’s frackers will spew tons of volatile organic compounds into the air which are connected with higher incidence of upper respiratory disease, cardiovascular illness, and cancer, according to the Yale School of Environment. Without sufficient oversight and accountability, this will continue to be a public health threat.

Everywhere you look fraud costs us millions, hurts working people, and results in millions wasted in stolen. The FBI estimates up to 10 percent of all healthcare spending nationwide is related to fraud. Attorney General Josh Shapiro recently prosecuted four companies for $10 million in Medicaid fraud.

Pennsylvanians should be livid at the real villains, con-artists, fraudsters, and financial criminals who swindle working families and the government out of millions as the Republican Party aids and abets them by undermining their oversight. They’re taking our wages, our revenue, and our financial stability.

Let’s send polluters to prison, not pot smokers. Let’s hold employers accountable for their wage theft, not punish people for poverty. Let’s crackdown on the real criminals and recoup the cost of their greed. 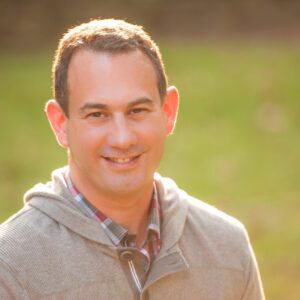 Mark Pinsley has over 25 years of professional experience in innovation and marketing. Pinsley is the Controller of Lehigh County and a small business owner. He has his MBA from the Kelley School of Business and a certificate in Ethics from the Jewish Theological Seminary of America. His background includes success as an entrepreneur and senior staff of multinational corporations.
PrevState Representative Craig Staats Is Overpaid As He Underserves His Constituents
Letters: Helping Farmers, A Blue Wave, Mastriano’s ‘Wrong Stuff,’ Trump Delusions, and More!Next