Why is Turning Point Action afraid of the media? Conventional political science wisdom says that the purpose of one national candidate stumping for a lesser known is to raise his profile to a broader audience.

A recent story from Western Pennsylvania highlights the dangers of a society afflicted by political polarization and separate realities.

Turning Point Action, a 501(c)(4) launched by a conservative activist student group Turning Point USA founder Charlie Kirk, is holding an event in Pittsburgh on Friday where Florida Governor Ron DeSantis (R) will speak on behalf of PA gubernatorial candidate Doug Mastriano. Conventional political science wisdom says that the purpose of one national candidate stumping for a lesser known is to spread the word and bring the spotlight for fundraising efforts and voter mobilization.

But in a polarized world of separate realities, conventional wisdom is ripped into pieces, tossed on the floor, and flushed down a gold toilet at Mar-a-Lago. The Turning Point Action event, which should be aimed at attracting an ever-increasing number of supporters, is instead imposing harsh rules that limit the broadcast media coverage. The organization says that these rules are there to “protect the experience of the attendees,” but decline to explain from what attendees are protected. The press says that these restrictions challenge the rules of independent journalism, and as a result the event may go without coverage from mainstream broadcast outlets.

This is the most recent development of a growing trend on the right to eschew or block the mainstream media, with many conservatives opting instead to accommodate more friendly and unquestioning right-wing media outlets. Conservatives consistently allege liberal media bias, even as Fox News dominates cable and right-wing political sites, podcasts, and radio shows routinely lead in the top ten of their markets. When these facts are presented, they are quickly dismissed because the data are irrelevant to the conservatives’ steadfast conviction that the institutions, and the “elites” who run them, have left them behind. This belief was established and advanced on purpose.

To win over an audience, the hosts and writers of these immensely popular media outlets and programs on the right spread suspicion and dislike of their perceived opponents as they amplify their own endowments, arguing that they alone are to be trusted. They ramp up the rhetoric that an opposing force hates them, hates their audience, and hates what they stand for. They tell their audiences that they are being laughed at, condescended to, and mocked. All these together are powerful political motivators. Tapping into this sentiment of resentment is beneficial for those who want to keep supporters tethered to their cause, but it does not do much to grow an audience. Instead, it hardens the sense that trust is a sucker’s game and enemies abound, and there are serious consequences for this kind of cynicism where the public trust in government sinks.

This is where the mainstream media provides perspective, context, and a broader understanding for the electorate. Journalistic coverage that explains an event and its political impact does more to help the public than a fawning piece of propaganda, regardless of perspective. It is vital in a democracy that voters have a full picture of their government, and not one that merely supports their existing opinions and beliefs. When the American voter sees the good and the bad of candidates for office, of the groups who want to represent them, and of the political system, they are more likely to make more thoughtful decisions concerning representation and policy.

Along the same lines, media coverage that extends beyond the reflexively supportive is important for politicians who need to secure more than 50% of the vote to win an election. While candidates for office must mobilize their supporters, they also have to persuade those who aren’t already on the team to put on their jersey. Mainstream media coverage allows groups and candidates to reach more people and persuade them to think differently.

As Turning Point Action enforces their rules for broadcast coverage, they may “own the media,” but they might also deny the public a more fulsome grasp of their goals, exposure to their members, and coverage of Gov. DeSantis (who is ostensibly running for president in 2024), and Doug Mastriano, the Republican candidate for  Pennsylvania governor. They might avoid the risk of an unflattering story, but they also miss the opportunity to publicize themselves and grow. They certainly ignore the intention of politics which is, arguably, to serve the public. Right now, it seems they want to serve just a segment of society.

Americans used to have a collective presumption of faith in our institutions of governing and information, but in the past several decades that faith has deteriorated. This is because many of the once-trusted political brokers, party officials, activists, and media figures, cannot be trusted anymore. In the place of conviction and belief, these politicos make bad-faith arguments to attract audiences and voters  because there is too much money to be had in division and anger. An important political event without mainstream broadcast coverage is the natural consequence of a society afflicted by political polarization, where politicos created separate realities for their own gain. 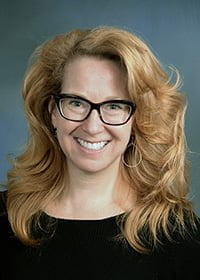 Dr. Alison Dagnes is a Professor of Political Science at Shippensburg University in Pennsylvania. She is the author of "Super Mad at Everything All the Time: Political Media and Our National Anger," "Politics on Demand: The Effects of 24-Hour News On American Politics" and "A Conservative Walks Into a Bar: The Politics of Political Humor."
PrevGOP ‘message laundering’ turns violent, extremist reactions to search of Trump’s Mar-a-Lago into acceptable political talking points
Candidate Interview: Jim Miller Wants to Represent the 145th District in HarrisburgNext