How GOP Leadership Is Hurting the American Military

Our current GOP leadership is complicit in an attempt to destroy our current military institution by division from within.

In 30 years of service to my country I was never once asked if I was a Democrat, Republican or Independent. The reason is that the question is irrelevant in an environment where we are all on the same team with a common mission. Donald Trump changed all that starting with questioning whether one Commander in Chief was a U.S. citizen, and ending with a declaration that he won an election he lost – thereby rendering the new Commander in Chief a thief who stole his job. It’s bad enough that we have recruits coming from households where the Red and Blue division is fomented by TV and radio pundits who make a handsome income attacking the executive branch of the United States government but never served in the military; these young recruits are also being betrayed by Republican representatives and Senators whose duty to their oath of office has taken a back seat to an alternative reality comprised of “alternative facts.”

Trump, in rally speech after rally speech, portrayed Democrats as “evil” and “animals” and “mentally violent” and “unfit to govern.” In my entire military career (and in the history of this country) we never had a Commander in Chief publicly declare that members of the military and their family were a threat to the constitution, the defense of which is our only oath. It is the same oath for members of Congress so it is an abdication of their responsibility, a failure on their part to defend a third of the military, many serving in combat zones. So few members of Congress have served in the military that they failed, time and again, to oppose Trump’s anti-American and anti-Constitutional rhetoric, which has eroded the foundation of the most trusted institution in America.

When Trump declared that Neo-Nazis, the KKK, and other white supremacists in Charlottesville were very fine people he was talking about people who are disqualified from military service for un-constitutional beliefs. Republican leadership should have drawn their line in the sand. Former President George W. Bush did – he went public opposing the sitting president and reinforced truth over lies. Bush was well aware of the destructive power of fascism; we fought a horrific, costly war defeating it, his own father almost lost his life as a Navy combat aviator. He also knew that our current military includes minorities and a significant number of Jewish personnel. The rallying cry of Richard Spencer and the Charlottesville “Unite the Right” rally was a call to defend Western civilization from “the Jew and his dark-skinned ally.” The sitting president gets a daily intelligence briefing and knows what groups are on the FBI’s domestic terrorist watch list. There was no excuse for Trump’s behavior and there was no excuse for the leadership of the GOP to continue to support him.

Even more seriously, the Senate and House conducted investigations of Russian cyber-warfare against the United States and found extensive contact between an enemy state (to include Russian intelligence officers) and the Trump family, the Trump organization, and the Trump campaign. Congress imposed economic sanctions on Russia as punishment for what the Commander in Chief portrayed (and still portrays) as a hoax. The Republican led House and Senate also concluded that Putin’s main objective was to divide the American people and make us lose faith in the electoral process. Trump became the lead agent for those two Russian strategic objectives with claims of a “Deep State” dedicated to his removal and a “Stop the Steal” claim of voter fraud that, according to his own Attorney General William Barr, did not exist.

The bottom line is this: For the first time in American history we have a former Commander in Chief going around the country saying that the current Commander in Chief is a fraud and that he won the presidential election “by a landslide.” And we have a Republican leadership pretending that the “Big Lie” is not destructive to the integrity of our military establishment. The question is why?

I am told over and over, even by two Republican Congressmen from my state of Pennsylvania, that it’s ‘just politics,” as if all of these unprecedented acts and behaviors have occurred in previous administrations. John McCain, Jeff Flake, Mitt Romney, Liz Cheney, Adam Kinzinger, Jim Mattis, Mark Milley, and George W. Bush, know better.

Jeff Flake warned his colleagues, in his retirement speech from the Senate, that if they accepted what was clearly abnormal as a new normal that they were complicit. Our current GOP leadership is complicit in an attempt to destroy our current military institution by division from within; and if they continue to remain silent or actively support a former president mentally unfit for command, then they just might be complicit in the destruction of a great democracy. America is paying a heavy price for having so many members of Congress lacking the simple but vital experience of having their life depend upon a brother or sister-in-arms who were members of something as insignificant as a different political party. 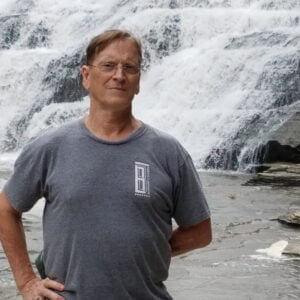 Steve Nolan spent 30 years in the military and 25 years as a mental health professional. He has published in numerous journals and his poetry was featured on National Public Radio, Morning Edition, upon his return from Afghanistan in 2007. He is the author of “Go Deep,” “Base Camp,” and “American Carnage, An Officer’s Duty to Warn.” His work reflects his commitment to social justice.
PrevBucks County Rally Energizes Pro-Choice Women to Get Out the Vote
Newtown Township Supervisors Pass a Resolution to Protect a Woman’s Right to ChooseNext