As Hurricane Ian finds its way up to Bucks County, we are in for a rainy weekend. Hopefully the rain doesn’t dampen all of the weekend activities. So, for this weekend, here is what to do, while hopefully staying dry.

Friday, September 30: Tonight, Tito Puente, Jr. will be performing at the Zlock Performing Arts Center at Bucks County Community College. Son of the the “King of Latin Music,” Tito Puente Sr., he will be playing his father’s classics along with new music of his own. The music is Afro-Cuban Jazz, which developed in the 1940s in New York, while similar styles were simultaneously developing in New Orleans, and later in Cuba itself. It’s sure to be high-energy and hard not to dance. If you’re unfamiliar with Tito Puente’s music, the most well-known of all the songs of his father is “Oye Como Va”, which was made infinitely more famous after being covered by Santana in a decidedly more Rock & Roll version. Tickets to the show tonight are priced starting at $25. Zlock Performing Arts Center is located at 275 Swamp Road in Newtown. The show starts at 7:30 p.m.

Saturday, October 1: Get out your lederhosen. Vault Brewing is hosting their annual Oktoberfest from 12 p.m. to 5 p.m. on Saturday at Vault Smoke House. Tickets must be purchased in advance at the brewery for $15, which includes reserved seating, an Oktoberfest mug, and the first fill of beer in that mug. There will be German-inspired food and music from Philly German Brass. Vault Smoke House is located at 19 W College Ave. in Yardley.

Since it’s October 1, it’s officially Halloween season. If you feel like staying in for the rain, perhaps a double feature of Hocus Pocus. The original Hocus Pocus came out in 1993 and starred Bette Midler, Sarah Jessica Parker, and Kathy Najimy. Hocus Pocus 2 just began streaming on Disney+. Thirty years later, the original stars are back to reprise their roles as the evil witches. A new set of teenagers faces the task of defeating the witches and their plans. You can watch both movies on Disney+. If you don’t have a subscription, sign up for a month to watch both movies for a mere $7.99, as long as you don’t forget to cancel the subscription.

Sunday, October 2: Ok, it’s still going to be raining most likely. Is it time to cook? Having lived in Arizona and Southern California, I have very fond memories of eating deep fried, shredded beef tacos from hole-in-the-wall taco joints. It will take a while to make the beef, but you’ll have leftovers for a while. The key is slow-cooking the beef long enough for it to easily shred. Here is a recipe. For a twist, try making Navajo fry bread for the tacos, instead of corn tortillas. This link shows fry bread recipes for various tribes, and tells the story of how fry bread was originally created from government rations. The one I’ve always made is quite similar to “Navajo 2”. You can use the fry bread as a base like you are making a tostada, or fold it up for taco shape. Make it dessert by topping with honey.

While you’re cooking, how about another new release to watch? A new documentary about Sinead O’Connor just dropped on Paramount+ and Showtime, called Nothing Compares. It talks about her rise to fame and strong beliefs that led her away from pop stardom not long after the break-out hit “Nothing Compares 2 U.”

Cheers to a weekend of cozying up and keeping dry. Happy Weekend everybody! 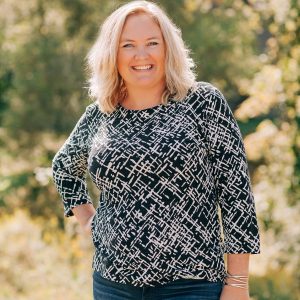 Emily Smith is the Chief Operating Officer of the Bucks County Beacon. She is a seasoned design professional with nearly a decade of experience in strategic communications. Emily has spent nearly two decades working with startups and small businesses. Beyond her design chops, Emily is a creative problem solver, and business strategist. She has also owned her own graphic design firm since 2003, working with nearly every imaginable client including small businesses, giant corporations, non-profits, and community organizations.
PrevNewtown Township Supervisors Pass a Resolution to Protect a Woman’s Right to Choose
The Supreme Court is back in session, with new controversial cases that stand to change many Americans’ lives – here’s what to expectNext