Republican Congressman Brian Fitzpatrick not only voted to keep migrant kids in cages, but he consistently sides with corporations over workers and consumers.

Republican Congressman Brian Fitzpatrick not only voted to keep migrant kids in cages, but he consistently sides with corporations over workers and consumers.

There are many ways one can judge an elected representative:

– How accessible are they?

– How often do they hold town halls?

– How much do they interact with local journalists?

– How effective is their staff in handling constituent concerns?

But ultimately, the most important issue for most voters is HOW DID THEY VOTE? We all want a representative that reflects our own views. And if we can’t have that, we at least want a Member of Congress that votes along some recognizable and consistent moral compass.

When it comes to Brian Fitzpatrick, we all know the big votes that reflect his allegiance to his Republican party masters:

– He voted for the GOP Tax Scam.

– He voted against impeachment, twice.

– He voted against the January 6th Select Committee.

– He voted against the Women’s Health Protection Act.

– He voted against President Biden’s key legislative package of 2022, the Inflation Reduction Act.

–And he voted against the Domestic Terrorism Prevention Act.

But further back in Fitzpatrick’s legislative record are five bills, and five votes, that go further in showing us where Fitzpatrick really stands.  We cannot afford to let the 24-hour news cycle – and the barrage of new outrages and erosions of our basic rights – to drop these votes down the memory hole into oblivion. We must remember these votes because they get past Fitzpatrick’s carefully crafted, cable news-friendly facade and into who he is and who he serves.

VOTE ONE: Fitzpatrick Sides with Corporations over Consumers

In early 2020, Democrats brought a bill (H.R. 3621) to the floor that would have revamped the credit reporting process to protect consumers. It would have excluded medical debt from medically-necessary procedures from damaging our credit, and would have also excluded debt when it was found that a lender engaged in fraudulent practices. Brian Fitzpatrick said NO to those commonsense protection.

He placed similar votes on two related bills, voting NO to a bill that would have revamped credit agency dispute resolution and data protection, and NO to yet another bill that would have strengthened the Consumer Financial Protection Bureau, including restoring a public database of complaints against banks and lenders that had been shut down by the Trump Administration. Brian Fitzpatrick made it clear via this collection of bills that he will always value the needs of his corporate donors over the constituents he purports to represent.

Net Neutrality is the principle that Internet service providers must treat all Internet traffic equally, and not discriminate or charge differently based on user, content or platform. Many corporations oppose this principle, as they would like to make money off of granting preferential access to bandwidth. When Democrats brought a bill (H.R. 1644) to the floor in 2019 to legislate this issue, Brian Fitzpatrick said NO to Net Neutrality, and voted to allow corporations to charge more to consumers, or throttle their internet access, based on the content they access.

VOTE FOUR: Fitzpatrick Votes to Keep Kids (and Others) in Cages

At the height of the border detainee crisis in 2019, the House attempted to pass H.R. 3239, a collection of basic minimum standards that the U.S. government should provide to migrant detainees. Brian Fitzpatrick voted NO.  He said that NO, a mother and her son, for example, should not be entitled to medical screenings, soap, and daily showers. Brian Fitzpatrick said NO, we should not provide toothbrushes, toothpaste and sanitary products to any person in over government’s care.  He said NO to standards related to minimum space per detainee, toilet access, and nutrition needs. Brian Fitzpatrick voted against humane treatment of asylum seekers and immigrants.

Brian Fitzpatrick voted to shield corporations from scrutiny when he voted NO on H.R. 3624 in the autumn of 2019. This bill would have required businesses to publicly report how many American jobs they have sent overseas, so consumers could make informed decisions. Fitzpatrick sided with big business, and against workers.

Over and over again, Brian Fitzpatrick has shown us that he sides with corporations over constituents, and with his party before the people of his district. We cannot let these failures be forgotten! 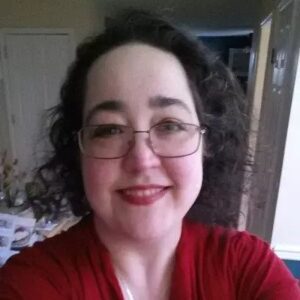 Kierstyn Zolfo is a volunteer organizer with Indivisible Bucks County and Pennsylvania Indivisible. She and her husband live in Newtown Township.
PrevThe Supreme Court is back in session, with new controversial cases that stand to change many Americans’ lives – here’s what to expect
Trump allies interviewed nearly 200 election officials in PA, elsewhere to probe for weaknessesNext