In her term in Harrisburg, Labs has joined Doug Mastriano in supporting extremist anti-choice legislation that puts women's lives at risk.

As an OB-GYN physician, I’ve followed with anguish and trepidation the legislation threatening abortion rights across the U.S., including here in Pennsylvania. This includes Senator Lindsay Graham’s bill that imposes a national ban after 15 weeks; an attempt by PA Republicans to amend the state constitution in order to ensrhine an abortion ban; and Doug Mastriano’s campaign pledge to sign legislation that will ban and criminalize abortion without exceptions.

This cascade of events must be stopped in its tracks.

It starts in Central Bucks’s 143rd District, where many of my patients reside. In this fall’s State House election, Gwen Stoltz, a mother of three, a research scientist, and reproductive rights advocate and defender, faces off against Republican incumbent Shelby Labs.

In her term in Harrisburg, Labs has joined Mastriano in supporting extremist legislation. This includes voting yes on HB 1095, which would make abortion punishable by life in prison, with no exceptions; and voting no on amendments to SB 106, thereby dismissing any right to reproductive freedom. Last month, Labs met with members of a leading anti-abortion group, the Bucks County Pro-Life Coalition, who took a picture with her and noted she was “very happy that we stopped by.”

In the Courier Times voter guide released this month, Labs appears to be adjusting her tune – at least for the final few weeks before the election.

“I believe abortions should be rare and safe. I believe that, as we do in the current law, we must protect exceptions for the health and safety of both mother and child,” wrote Labs. “That said, we should not allow the use of on-demand late-term abortions for nonmedical reasons.”

I am a middle-aged woman and mother of two. I am also a board certified and licensed OB-GYN who has lived and practiced in Pennsylvania for over 20 years. Each day, I see the dangers and distortions in Labs’s words.

One in 4 women or girls have had an abortion—not “rare” at all. They all have a valid reason for that choice. Also, abortion is currently safe. Per ACOG’s Abortion Access Fact Sheet, “The risk of complication or mortality from abortion is less than the same risk from common procedures likes wisdom teeth removal, cancer-screening colonoscopy, and plastic surgery.” This risk is also lower for an abortion than in delivering a full term baby.

Moreover, “late-term abortion,” is not a medical term. It’s a made-up term by anti-abortion extremists to intentionally misguide the public. If State Rep. Labs is referring to pregnancy terminations after 24 weeks for a few exceptions, she needs to closely review the Pennsylvania laws and use the correct terminology and legislative terms.  And, please stay in your lane and out of my patient’s exam rooms.

Of course, if we’re looking at Labs’s legislative record, the situation is even more urgent. As an OB-GYN physician, I would be banned from treating patients in obstetric emergencies. Consider these common scenarios I encounter:

A pregnant woman in her first trimester of a desired pregnancy presents in severe pain. Ultrasound shows the embryo has implanted in her fallopian tube, known as an ectopic pregnancy.  She urgently needs a surgical termination of pregnancy so I can save her life—and hopefully her fallopian tube and future fertility. If the fetus still has a heartbeat, then my hands are tied

A pregnant woman who is at 15 weeks with a desired pregnancy is hemorrhaging from a miscarriage in progress. If the fetus is still in her uterus and has a heartbeat, then my hands will also be tied. I’ll be unable to perform the lifesaving procedure called a Dilation and Evacuation because this will be considered a pregnancy termination. All the medicine and blood products I can give her will not stop the maternal hemorrhage that could take her life and future fertility.

To voters this fall: Please stand with me, most fellow physicians, and the majority of Americans, and put a stop to the nonsense that’s already putting pregnant women’s lives at risk. 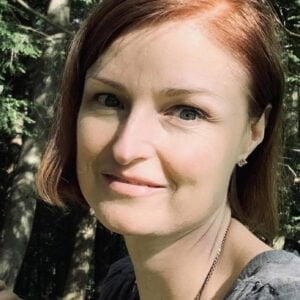 Jessica Klemens is an OB-GYN physician serving patients across Bucks County and Southeastern Pennsylvania.
PrevWise Beyond Their Years: Students for Ehasz Have a Message for You
Four Months without a Contract, Palisades Teachers Are Frustrated and Speaking UpNext