Progressive Organizing Is What Wins Elections and Makes Democracy Work

A review of “Power Concedes Nothing: How Grassroots Organizing Wins Elections.”

This newly minted work from Convergence–A Magazine of Radical Insights and published by OR Books traces community-based organizations throughout the United States whose mission as change agents has been for giving people a voice in how they are governed and how policy impacts their lives. The editors Linda Burnham, Max Elbaum, and Maria Poblet compiled a collection of interviews and essays from organizers about movement building and what it takes to push forward progressive policies. Power Concedes Nothing: How Grassroots Organizing Wins Elections examines different kinds of coalitions and how they continue to work to build  a more just, democratic society.

Part one describes progressive power making change in statewide politics. Coalition leaders of grassroots organizations describe their journeys in building capacity in the following states: Georgia, Michigan, Arizona, Virginia, Florida, Pennsylvania, and California. Each state and each locale within a state presents its own unique obstacles and opportunities for building this capacity. In Arizona, the organization LUCHA (Living United for Change in Arizona) grew out of the alarm Latinos had over racist Sheriff Joe Arpaio’s terroristic threats to the immigrant community and ultimately became a force for getting the vote out for Democrats in that state. Of course, everyone knows the story of Stacey Abrams and the support she received from many grassroots groups inside and outside Georgia, which almost earned her the governorship in that state in 2018. She is running again in this election. Abrams stayed a force and committed worker for relational organizing and politics, supporting progressive candidates throughout the state. Flipping Georgia blue for the two Senate seats early in 2021 was the result of a decade of hard work to get more voters engaged and trusting that local progressives had their backs. More voters turned out in Georgia in the 2020 general and 2021 special Senate races a few weeks later. Notice how none of these gains are from paid Democratic consultants flown in from D. C. The emphasis was on building multiracial working-class power.

Part two describes how groups focused on developing new voters and encouraging participation from low propensity voters in communities of color. From getting out the vote in Black communities, such as the work of Mondale Robinson’s Black Male Voter project to groups focusing on AAPI, Indigenous, and Latinx communities, it was all about gaining trust. Typical prior experiences of these communities were that either outsiders came in begging for votes only to leave, ignoring their needs until the next election cycle, or these communities experienced barriers to voting and were ignored altogether. Here was where local relationship building for long term political engagement and enthusiasm for progressive policies like Medicare for all brought in not only increased voter participation, but an interest in volunteering. People speaking to their own communities allowed more creative ways to engage potential voters. If you know where your community gathers and how they like to interact, you meet them right where they are.

Part three talked about the importance of knocking on doors, not just for canvassing pushes during election season, but year-round to educate and recruit volunteers. Much of this was union and labor focused – about giving working people a sense of solidarity and a voice for taking power. Groups of hospitality workers (UNITE HERE), domestic workers (National Domestic Workers Alliance, most of whom were women of color), and Gulf Coast Texas AFL-CIO. With the early days of the COVID-19 pandemic and shutdowns, organizations had to change the door-to-door approaches unless they could ensure safe interactions with masks and social distancing. With so many out of work, some had more time and could switch to phone and text banking. Outreach consisted of workers asking those they called if they were OK, did they need support, food, what kind of help did they need. This is a form of long-term political relationship known as deep canvassing. It is believed it’s this type of canvassing that builds ongoing commitment to active political engagement and develops a future pool of volunteers for direct action and electoral work.

Part four focused on the Bernie Sanders movement and primary politics in the 2016 and 2020 presidential elections. Sanders had always had and practiced progressive politics and as it has become clear over the last few decades with the mortgage crisis and increasing wealth gap that people were dissatisfied with neoliberal policies that served the capitalists and not the workers. Non-establishment voices such as that of Sanders drew interest and attention at this time. Grassroots organizations began endorsing Sanders in 2016 for his progressive policies. When Hillary Clinton was nominated, one could argue that Trump as an outsider was more appealing to some than Clinton, who was part of the establishment elite that did little to help the victims of the 2008 recession. In 2020, because Democrats were actively working to keep Trump out and they were afraid they would lose power (if not the elections) as corporate politicians, they pushed to have Joe Biden as the party nominee. As disappointing as that was to most on the left, progressive policies got moved to the center of the national conversation, and President Biden continues to be pushed from the left to embrace at least some of these. In Congress right now there are more progressive House members than there have been in many decades, which is a result of grassroots organizing.

This book was published before the overturning of Roe v. Wade and it would be interesting to find out what kind of grassroots organizations have sprung up in the wake of women now being relegated to second class citizenship. People have come to realize that business-as-usual corporate Democrats are not going to win elections against the current Trumpist GOP. For one thing, the right wing (although a minority) has arguably been deep canvassing for decades to get their message across. Also, since Citizens United, the large amounts of cash being dumped into campaigns, and gerrymandering in many states has essentially allowed minority rule. Some Democrats, unfortunately, have abandoned the fight for labor and working people, which explains why support from what was once a foundation of its base has dwindled in recent elections.

Some takeaways for turning things around after reading this book are:

* Work to build on local issues

Also, progressives must continue to organize with a sense of urgency to build local power from the bottom up regardless of successes or failures. This is a perpetual long-term project necessary for preserving our democracy. Power Concedes Nothing offers readers valuable lessons on how to effectively build movements that can seize and wield electoral power and on how to continue to win beyond elections. Read it and then get out there and organize. Democracy is on the ballot this November and it takes a daily commitment to make it work.

Emily French is a resident of Bucks County and has worked in the fields of community based Youth Drug & Alcohol prevention. She currently works to educate students throughout Bucks on personal safety and bullying prevention.
PrevA Tale of Two Senate Campaigns: John Fetterman and Herschel Walker
Opinion: Ashley Ehasz Is a Profile in CourageNext 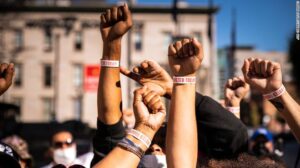 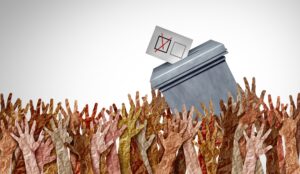 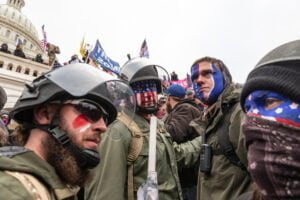 The Republican Party Is Unpopular and It Knows It. That’s Dangerous

How to Combat LGBTQ Book Bans in Schools 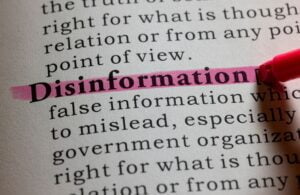 Social Media Disinformation Is A Threat to Democracy, And You Can Help Fight It