Understand that Trump and MAGA don’t want to win elections. They want to seize power.

This is the strangest election cycle of my adult lifetime, and with just 2 days to go, I have no idea where things stand. We’re at the point in the election where my spouse always reminds me to “stay off the poller coaster,” but with so many new voter registrations and GenZ potential voters whose behavior we can’t predict, I’ve never felt so uncertain about how this election plays out.

I can’t tell you what’s going to happen, but everything seems up for grabs. I don’t buy into this narrative that it’s hopeless for Democrats or that nothing will stop the red wave. I also don’t buy into the notion that voters don’t care about abortion. Because if that were true, Republicans wouldn’t put as much effort as they have getting their candidates (all of whom have extreme views on reproductive health) to shut up about it. All I can do, all any of us can do, is vote and encourage everyone we can to vote as well.

That said, I do think it’s important to keep in mind what MAGA’s strategy is. The more you understand about how this faction operates, the less scary it is, and the more prepared you are to respond. So as we head into the final sprint before Election Day, here are four things you need to know.

No matter what the outcome, Republicans will claim the election was rigged. By now, this shouldn’t come as a surprise, especially since MAGA has spent the past two years claiming Joe Biden didn’t win the last election. Trump is already boosting conspiracy theories about election fraud vias his TruthSocial presence. Trump is also laying the groundwork to challenge midterm election results, convening MAGA attorneys and activists in a series of meetings.

Since Trump isn’t running, no one has asked him if he’ll accept the results of this election, but GOP candidates have picked up the mantle. Arizona GOP Gubanetorial candidate Kari Lake refused to say if she’d accept the results of the election, as did Wisconsin Senator Ron Johnson, joining at least six other GOP nominees for Senate and Governor who similarly won’t commit to accepting election results. And Don Bolduc, a Republican running for Senate in New Hampshire, claims, without evidence, that busses are bringing voters into his state to vote illegally.

When some of these candidates inevitably challenge races they lost, there’s an entire MAGA infrastructure to back them up. As Steve Bannon recently told the New York Times, “We are 100 times more prepared now. We’re going to adjudicate every battle. That’s the difference.”

We should also expect Republicans to call on states to stop counting ballots as Trump did in 2020. Assuming we see the same thing that we did in 2020, where more Democrats vote early, and more Republicans vote on Election Day (so far, this seems to be the case with Dems mostly running at or ahead of 2020 early vote numbers), initial election night results will make it seem like the GOP are winning. But over the next few days, as the early votes get counted, Democrats will make gains. We can count on Republicans trying to claim the early win and then declare voter fraud and rigging.

The good news is that since the Right has shouted its strategy from the rooftops, there are plenty of receipts. When the time comes, we can call them out and (hopefully) use their own words in evidence during court challenges.

Election-related violence is a voter suppression tactic. I’ve written a lot about how for the Right, violence is a feature and not a bug, but violence around the election is also a brazen attempt to keep people from voting. The rhetoric around election violence in MAGA online spaces has experts and the Justice Department concerned. And there are troubling results of violence and intimidation coming from Pennsylvania and Arizona in the last two weeks.

Whether it’s armed poll watchers at voting locations and ballot drop-off boxes, violent threats made to election workers, or post-election protestors demanding officials stop the vote count, the goal is the same. MAGA wants Black Voters, Indigenous Voters, Voters of Color, and women voters to stay home and not cast their ballots. The strategy is having an impact. According to a Reuters/Ipsos poll out this week, two out of five voters are worried about violence or intimidation at the polls.

Political violence has obviously been top of mind for all of us, especially after the brutal assault of Speaker Pelosi’s husband, Paul. As I wrote last week, the GOP politicians who incite violence know exactly what they’re doing. They’re trying to push everyone who disagrees with them out of the Democratic process and out of the political discourse entirely. Which brings us to my next point.

The long game is to break American elections beyond repair. Donald Trump and his allies seem to believe they can put enough pressure on our system of elections that it eventually buckles under the weight of a MAGA assault. Trump’s coalition is well-funded, and MAGA candidates have been running for local and state office and building their own power for years now. They’ve completely taken over the Republican party, and they aim to do the same with our nation.

Understand that Trump and MAGA don’t want to win elections. They want to seize power. Democratic elections are a resource-heavy process where you can’t control the outcome. MAGA would rather do away with them entirely.

Want to fight American fascism? Vote. Voting is the best way to fight back against MAGA fascism at this moment. Vote, and get everyone in your life who feels the same way out to vote too. And have the number to the Election Protection Hotline ready, just in case you or someone you know has trouble voting. MAGA has spent an ungodly amount of time and money trying to convince you not to vote. When we stay home, when we give up the right, they win.

Fighting fascism is a full-time job. It doesn’t start or stop on election day, and winning an election won’t end fascism. But Trump’s coalition is running candidates at every level of government, and we can stop them from holding offices all across the country.

Again, I can’t predict what’s going to happen. But I don’t buy into the notion that a red wave is inevitable. Most Americans don’t want to live in the dystopian hellscape MAGA wants America to become. We just need enough of those folks to cast their ballots by Election Day.

All the information you need to vote can be found here. 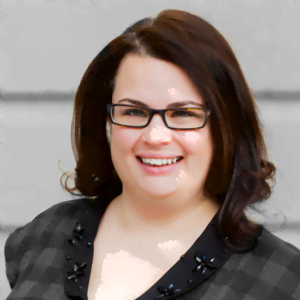 Melissa Ryan Ctrl is the author of Alt-Right Delete, a newsletter devoted to covering the rise of far-right extremism, white nationalism disinformation, and online toxicity, delivered on a weekly basis to more than 16,000 subscribers. Her writing has appeared in publications such as The Progressive, Buzzfeed News, Refinery29, NowThis, and Media Matters.
PrevUnited in Purpose: The shady Christian nonprofit tied to a massive voter data leak and the ‘Big Lie’
Say Goodbye to Healthcare if Republicans WinNext