What voters want isn’t that surprising: a plan to fight climate change while creating jobs, help to mitigate flooding and sprawl, and investments to preserve open space and protect the water we drink and the air we breathe.

This month’s election wasn’t just a victory for democracy over extremism and diversity over bigotry – it also represents a historic win for environmental protection.

Voters from all corners of the commonwealth came together to support Josh Shapiro for governor and to elect John Fetterman to represent us in the United States Senate. And after the final lingering races were decided last month, Democrats will take control of the state House of Representatives for the first time in more than a decade.

This seismic shift in state politics is partly the result of the decennial redistricting process, which wiped away decades of Republican gerrymandering and presented voters with a fair map. Yet it also shows the strength of Democrats’ messaging – and highlights the rejection of the extremism that is increasingly coming to characterize the Republican party, both locally and nationally.

Conservation Voters of Pennsylvania was proud to have played a part in that victory. Together with our national partner, the League of Conservation Voters, we invested about $4 million in federal and state elections across Pennsylvania this year. These investments included substantial advertising across the state to educate voters on the high stakes for our environment and our democracy.

But the heart of our election work was based in the Philadelphia suburbs, like Bucks County, where our canvassers knocked on thousands of doors to have one-on-one conversations with potential voters. Again and again we heard that the environment was on the minds of families in our region – even as they voiced concerns over the direction of the economy and growing risks to reproductive freedoms.

As more and more severe storms hit our region and news comes of droughts and wildfires plaguing other parts of the country, climate change isn’t just an abstract problem in the future – it’s the reality we’re currently living in. At the same time, pollutants like PFAS and issues like suburban sprawl and preserving our precious farmland and open space impact the quality of life in communities across the collar counties. And as inflation increases the price of gas and basic necessities, the importance of transitioning to a clean energy economy that lowers costs for working families while creating new, good-paying, union jobs becomes all the more critical.

Sadly, the divides between the two major parties have only grown in a period of increasing partisan polarization. While Josh Shapiro pledged to transition to a clean energy future that would create jobs while fighting climate change, Doug Mastriano promised to give the state’s precious natural resources away to powerful oil and gas companies. Similarly, in the state legislature Republican leaders have relentlessly pushed an aggressive agenda that would hamper efforts to transition to a clean energy economy and that would roll back environmental regulations that keep our families – particularly those who are most vulnerable – safe.

Voters responded to this stark contrast at the polls. Suburban voters, particularly, powered environmental champions to victory in some of the most closely fought legislative races in the state.

Now that Governor-elect Shapiro is prepared to take power alongside a new Democratic majority in the House, it’s essential that they remember just how important the environment was in the swing suburban communities that are key to electoral victories in Pennsylvania. What voters want isn’t that surprising: a plan to fight climate change while creating jobs, help to mitigate flooding and sprawl, and investments to preserve open space and protect the water we drink and the air we breathe.

And while there will be voices urging caution and moderation given our narrow margins in the state House, the opposite is true. As we saw at the national level, it is essential that pro-environment lawmakers deliver on their campaign promises and pass meaningful legislation that has direct impacts on the communities they serve.

Democrats in Congress, under the leadership of President Biden, passed the largest investments to fight climate change in our nation’s history through an evenly divided Senate and a House of Representatives where Democrats held the slimmest of majorities. Yet voters rewarded them at the ballot box – including right here in Pennsylvania, where seemingly vulnerable Democratic members of Congress in swing districts won and where John Fetterman was powered to victory over Mehmet Oz because of his pledge to support the president’s agenda.

Next year represents an exciting time for the environmental movement in Pennsylvania. Under a divided government, we were able to secure historic investments in open space protection, as well as programs that protect our streams and secure our water. We need to build on those investments next session while also putting Pennsylvania on the path to leading in a 21st Century clean energy economy.

We look forward to working with our new partners in Harrisburg as we put Pennsylvania at the forefront of environmental protection. 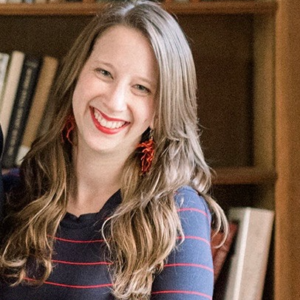