Longtime Bucks County peace activist Barbara Simmons reflects on why we commemorate this day, and what we can do throughout the year to promote and protect human rights.

December 10 we celebrate Human Rights Day, a movement which began in 1948 to commemorate striving towards every person’s need for a set of rights across the globe. In the last 75 years of declaring a Human Rights Day, and here is the progress we have made:

– More than 20 percent of the world’s population lack adequate housing.

– 80 percent of the world’s population live in countries where the income gap continues to widen.

Many in our society will not easily recognize these disparities because of the privilege of living in Bucks County. If you travel to countries around the world outside of usual tourist destinations, you will come across many who live without basic human rights. My first trip to South Africa served as one of my first awakenings. Once outside the capital of Johannesburg, more than 2,700 townships suffer from severe poverty and racism. I continued to go back to South Africa to try to understand how the end of apartheid did not bring about improvement to the country. Racism created apartheid, which in turn created poverty and all that accompanies it: a lack of adequate education, lack of transportation, lack of housing and water, lack of health care.

READ: What The US Can Learn From Apartheid-Era Book Bans In South Africa

It can be overwhelming to address human rights on a global scale. When I think about Mahatma Gandhi’s conclusions on why we have such a hard time honoring and implementing the human rights of every being, he believed the root cause was these seven deadly sins:

“Wealth without work, pleasure without conscience, science without humanity, knowledge without character, politics without principle, commerce without morality, worship without sacrifice.”

What is also at the root of our fear is that of the “other,” which allows us to dehumanize the person or group. Human rights are being attacked daily, so I choose to focus on these issues locally. In my community we have seen a rise in hate crimes towards Jewish people, Black and Brown people, women, the LGBTQ+, the Indigenous/Native American community. Hate speech by adults, especially those who serve in leadership positions in our country, have resulted in increased attacks on many of our young people. School districts have banned books and policies that shine a light on the stories of disempowered groups, sending a damaging message that these young people are not accepted. The latest mass shooting in the nightclub in Colorado came out of the shooter’s self-hatred and hate of LGBTQ community.

Women lost the reproductive rights they have had for the last 50 years, removing their right to health care, education and autonomy of their own bodies. Immigrant’s rights have been shattered at the border due to that fear that the ‘other’ will take their job or the privileges they so dearly covet.

Words have power. We must speak as if the children are watching, because they are. We must speak up when we hear anyone, especially our leaders, using language that divides us. We cannot afford to stay quiet and let someone else take care of it.

Here are just a few things we can do: show up at our school board meetings to hold Board members accountable, support local non-profits helping victims of human trafficking, contact your senators/congress to see what they are doing to support human rights, support Planned Parenthood, support your community HRC by getting involved or serving on it.

Let’s make sure progress is being made for the next generation of Beings. 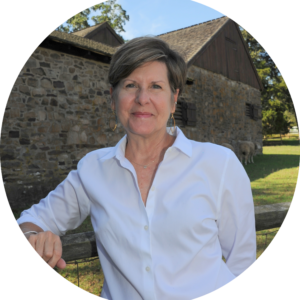 Barbara Simmons retired after serving as executive director of The Peace Center for over thirty years, a peace and justice organization in Bucks County. Simmons spent 20 years as an adjunct instructor at Arcadia University’s International Peace and Conflict Resolution master’s program.She currently serves as Ambassador to L.O.V.E. is the Answer, a global movement that grew out of WALKING WHILE BLACK: L.O.V.E. is the Answer, which brings together police and the community they serve in an effort to address racism and police brutality.
PrevPennsylvania Takes Valuable Steps Forward to Help Teachers Create Anti-Racist Classrooms
Letters: Bipartisan Solutions in Harrisburg Deserve A Vote, Republicans Don’t Support Blue-collar WorkersNext