While Republican Rep. Brian Fitzpatrick wants Putin to suffer “a complete and total humiliating defeat in Ukraine,” this war, ending it, and running foreign policy in general is a little more complex.

It will be the bleakest of midwinters in Ukraine this Christmas. More than 15 million Ukrainians, approximately one-third of the population, will be living as refugees outside Ukraine or as internally displaced people inside the country. Many Ukrainian families will be facing Christmas without loved ones among the tens of thousands of Ukrainian soldiers and civilians killed in the war so far. Millions of others will be living without heat and power in the ruins of devastated cities, towns, and villages, some of them under new rounds of Russian bombardment.

Christmas Eve marks 10 months since Vladimir Putin invaded Ukraine and started the largest military conflict in Europe since World War II. The U.S. was quickly drawn in and has so far provided nearly $28 billion in military aid to Ukraine, more than the average annual cost of the early years of the war in Afghanistan. The global economic impact of the war has included skyrocketing oil and gas prices, grain shortages in many Middle Eastern and African countries, weaker economic growth, and stronger inflation worldwide. The Organization for Economic Cooperation and Development estimates that the to date war will cost the global economy some $2.8 trillion dollars.

With the massive infusion of arms from the U.S. and other NATO countries the Ukrainians have fared far better in resisting Russian forces than expected. They’ve even succeeded in retaking some of the 20 percent of the country occupied by Russia since the invasion.

READ: Diplomacy And De-Escalation Is The Strength We Must Project For Peace In Ukraine

Ukraine’s battlefield success has fueled some extravagant projections. In an interview with the U.S.-funded Radio Liberty in November, retired U.S. Lt. General Ben Hodges predicted that by the end of the year Ukraine’s forces would take back all of the territory occupied by Russia in 2022 and drive Russia out of Crimea by summer 2023. But both sides have bogged down recently, in part because of the start of the severe Ukrainian winter, and many analysts now speak of a protracted and even more costly war of attrition, as Russia continues its relentless assault on Ukraine’s electricity and power infrastructure. In a similar vein, leaked reports indicate that U.S. intelligence agencies believe that neither Ukraine nor Russia can win a decisive military victory in the war.

That assessment is likely behind remarks made last month by Gen. Mark Milley, Chairman of the U.S. Joint Chiefs of Staff. Milley said in a speech to the Economic Club of New York that the expected winter lull in combat was an opportunity for both sides to consider peace talks. He urged all parties to “seize the moment” and compared the current situation to the experience of World War I when the European powers’ refusal to negotiate led to far greater suffering and millions more dead.

There have been some tentative signs recently that the Biden Administration may be heeding the advice of its intelligence and military officials. National Security Advisor Jake Sullivan met with Ukrainian President Volodymyr Zelenskyy in Kiev in early November and Zelenskyy subsequently dropped his earlier insistence on the removal of Russian President Vladimir Putin from office before negotiations could begin. Sullivan is also now reportedly in direct contact with his Russian counterpart, Nikolai Patrushev, establishing a civilian channel for U.S.-Russia dialogue in addition to an ongoing link between military officials.

But these encouraging reports should perhaps be read against a sobering assessment of the Biden Administration’s policies toward Russia and the Ukraine war by Jeffery Sachs, the Columbia University economist whom the newly formed Russian Federation turned to in the 1990’s to stabilize the Russian economy and guide it through the transition from communism to capitalism. Sachs was literally present in the Kremlin at the moment the Soviet Union fell. He was in a meeting with Russian economists when President Boris Yeltsin burst into the room and announced to the group, “Gentlemen, I just got confirmation from the heads of the military. The Soviet Union is over.” Here is Sachs’ assessment of the role of U.S. policy to date:

The Russian invasion in 2022 would likely have been averted had Biden agreed with Putin’s demand at the end of 2021 to end NATO’s eastward enlargement. The war would likely have been ended in March 2022, when the governments of Ukraine and Russia exchanged a draft peace agreement based on Ukrainian neutrality. Behind the scenes, the US and UK pushed Zelensky to reject any agreement with Putin and to fight on. At that point, Ukraine walked away from the negotiations.

Sachs’ view is consistent with assessments by some respected analysts and a minority of members of Congress who opposed the initial expansion of NAT0 in 1999. Sen. Daniel Patrick Moynihan, for example, said at the time “We’re walking into ethnic historical enmities … We have no idea what we’re getting into.” But then-Senator Joe Biden, serving as the ranking member of the Senate Foreign Relations Committee, saw the expansion of NATO as “the beginning of another 50 years of peace.” He was astounded, Biden said, by his colleagues who argued that “anyone who votes for expanding NATO… are tying a noose around a Russian neck, this iron ring, well, then I don’t quite get it.”

Carrying forward Sachs’ line of argument today, University of Chicago political scientist John Mearsheimer believes that while “There is no question that Vladimir Putin started the war and is responsible for how it is being waged … the West, and especially America, is principally responsible for the crisis … that has now turned into a war that not only threatens to destroy Ukraine, but also has the potential to escalate into a nuclear war between Russia and NATO.”

Despite the encouraging hints that the Biden Administration may be turning to diplomacy to seek an end to the war, the specter of nuclear confrontation has not disappeared from the picture. The U.S., Britain, and Russia continue to engage in rounds of nuclear shadow boxing. In late November the U.S. Navy released a photo of the ballistic missile submarine USS Tennessee on the surface somewhere in the Atlantic on maneuvers with a British Vanguard class ballistic missile submarine. The photo’s release follows other highly unusual disclosures this fall related to the Navy’s nuclear submarine fleet. The Russians, for their part, in mid-December released a video of a nuclear-capable ICBM being loaded into a silo, while earlier in the month President Putin hinted that Russia may reconsider its military doctrine to include a “preventive” first strike with nuclear weapons.

The terrible destruction Ukraine has already suffered, the unlikely prospect of a total military victory, the historical background, and the possibility of a much wider and deadlier conflict all argue that the United States should put its weight behind a determined search for a ceasefire and a diplomatic settlement. A call such as that issued recently by Rep. Brian Fitzpatrick “to ensure that Ukraine accomplishes complete and total victory and unification in their country, and that Vladimir Putin suffers a complete and total humiliating defeat in Ukraine” makes a strong appeal to the emotions and to a sense of righteousness. But it is a formula better suited to a Hollywood script than to real world action. It is righteous because it aims at justice, but it is also self-righteous because it ignores our own contribution to a world of conflict. And, yet again in our post-World War II history, it bets on the ability of military force alone to resolve conflict and provide security. Putting our money down on that one number hasn’t worked out too well before. It’s not likely to work out well now.

As Ukraine faces its bleak midwinter, the “hopes and fears of all the years” are met there more than anywhere else at present. As we as citizens try to discern the best way to respond to those hopes and fears, may we listen to the voices of our better angels, voices that sometimes come from our military leaders, sometimes from our expert diplomats and scholars, sometimes from our peace activists, and find our way to a sustainable peace. 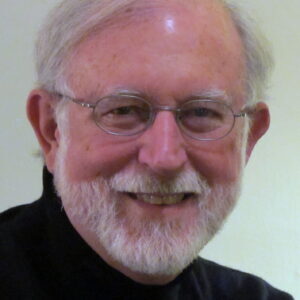