Vanguard announced earlier this month that it is leaving a finance industry pledge to align investment practices with global net-zero carbon emissions. This move by the world’s second largest asset manager is a dangerous step backward at a time when we need to move forward with real climate action from all levels.

When many of us in southeastern Pennsylvania think of the Malvern-based asset manager, we think of someone we know who’s saving for retirement. Vanguard is not just a local name, though. It is the world’s second largest investment company, managing over $7 trillion of its customers’ money. And Vanguard is one of the world’s two largest investors in coal, oil, and gas. It has about $300 billion invested in fossil fuels, including almost $25 billion invested in coal expansion, at a time when the scientific consensus is that fossil fuel expansion is incompatible with avoiding the worst impacts of climate chaos.

Vanguard built its business on peoples’ retirement, but its investments are risking that very future now. It is not too late to change course, though. If Vanguard decides to deal with its climate problem and invests for a livable future, it could play a major role in shifting the economy towards a livable future and climate justice.

Yet, Vanguard is moving in the opposite direction by quitting the Net Zero Asset Managers initiative. This came just days after 13 conservative state attorneys general petitioned the Federal Energy Regulatory Commission to prevent Vanguard from buying electrical utility stocks – punishment for Vanguard having asked utility companies to disclose more information about their climate risks. And this is happening within the context of a few states and members of the House of Representatives weaponizing investigations, trying to force large investment companies like Vanguard to backtrack on any progress they have made on sustainable investing.

To be clear, it was largely symbolic for Vanguard to participate in the Net Zero Asset Managers initiative. The initiative has no enforced deadlines for substantive action and no accountability, and Vanguard’s follow-through had been the bare minimum. However, it matters that Vanguard has left the initiative. In being public about its unwillingness to take basic climate action, Vanguard is siding with right-wing politicians, climate deniers, and polluters.

Instead of this backsliding, we need courageous and ambitious solutions from Vanguard that are rooted in the fiduciary duty it has to its customers and the moral responsibility it has to all of us. Vanguard should be escalating shareholder engagement with the companies in which it invests, improving its proxy voting practices, and integrating climate justice into its business decisions.

We know that those who are trying to delay necessary climate action are an outspoken minority, and that most people want to see meaningful climate action from corporations. And we saw that in how people reacted in the days after Vanguard announced that it was abandoning its climate commitments. In Chester County, people of faith, elders, and activists showed up at Vanguard’s headquarters to stand witness as employees were arriving to work. Across the country, hundreds of Vanguard customers called the company to express their disappointment, a network of state treasurers reached out to Vanguard with concerns, and other asset managers reaffirmed their commitment to stick with their climate pledges.

Despite abandoning its climate commitments, Vanguard’s responsibility to invest for a livable future has not gone anywhere. We must continue to hold Vanguard to account. Those of us in southeastern Pennsylvania can show up at Vanguard’s doorstep and make sure it cannot ignore the urgency of taking bold action. Vanguard investors can talk to their financial advisors to make sure that Vanguard knows its customers want climate-safe investing. And workers whose employers offer Vanguard retirement accounts – from Comcast’s 401ks to Montgomery County’s pensions – can organize and do the same.

The consequences of not taking significant climate action are clear, and are already being disproportionately borne by those who have contributed least to the problem. The path forward is also clear. It is up to Vanguard to face climate risk and align its investment practices with a livable future for all, and it is up to us to make sure that it does. 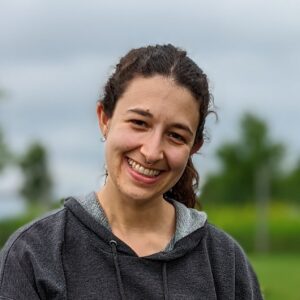 Eve Gutman is the Media and Research Coordinator at Earth Quaker Action Team, which is a member of the VanguardS.O.S. campaign.
PrevIt’s Time to End Public Funding for Crisis Pregnancy Centers in Pennsylvania
Remembering a Historic Year for ConservationNext