Teachers, students, and parents are opposed to Central Bucks School District Policy 321, which they believe is "born out of bigotry and discrimination" and targets LGBTQ students.

Just one week after Policy 321 passed in the Central Bucks School District, around 150 teachers, students, and community members took to the sidewalk outside of Central Bucks East High School to protest its implementation. The controversial policy was put in place ostensibly to create a “neutral” environment for learners, but many teachers and students feel its primary purpose is to target LGBTQ students.

“This is a policy born out of bigotry and discrimination and one only needs to look at the previous versions to see symbols of pride targeted,” said Holicong Middle School teacher Keith Willard, who also serves as an advisor to the school’s Gay/Straight Alliance.

While prior versions of the policy included language directly identifying Pride flags as symbols to be removed, after consultation with Attorney Bill McSwain (a failed Republican gubernatorial candidate who called a West Chester area middle school LGBTQ club “leftist political indoctrination”) at the hefty price of $900 per hour, the CBSD school board reworded the policy to appear more general. The new version states, in part, that “Employees shall not display any flag, banner, poster, sign, sticker, pin, button, insignia, photograph, or other similar material that advocates concerning any partisan, political, or social policy issue.”

Despite months of public outcry, Policy 321 passed last at the Jan. 10 school board meeting in a 6-3 vote, with all of the right-wing board members voting in favor. However, even with the changes in language, many teachers and students feel that the policy still unfairly targets the LGBTQ community.

READ: Bucks County Youth Must Rise Up to Defend Education

In order to address concerns about how the policy would be implemented in the classroom, Superintendent Abe Lucabaugh announced a series of “town hall” style meetings. In an email distributed to teachers, Dr. Lucabaugh stated, “It is not lost on me that this policy has engendered concern, uncertainty, and even fear.”

He went on to add that the meetings would be an opportunity for teachers and staff to “listen, ask questions, and open a dialogue to better understand how we can position you to engage in your work within the context of the policy, and to do so with confidence and impact.”

Instead of attending the town hall meeting, Willard and some of his colleagues gathered outside with signs, flags, and banners to show their support for LGBTQ kids and their disapproval of the policy. Teenagers and small children alike waved rainbow flags as passing cars honked their approval. Teachers and community members mingled, sharing stories and concerns. Every few minutes, the crowd erupted into joyful chants.

Willard explained what led to the decision to “boycott” the meeting.  “Some people have chosen to just not attend the town hall meeting. But we’ve chosen to rally. We want to show that not showing up in there is not about apathy. It’s a protest against these policies … It just didn’t feel right to have administrators next door tell us how to make a policy work that we know is founded in bigotry and discrimination.”

Other teachers at the protest also expressed their frustration with the policy. An anonymous CB West teacher of over 20 years fears that Policy 321 would prohibit teachers from supporting LGBT students.

READ: Central Bucks School District’s Cruelty Toward LGBTQ+ Students May Finally Get The Scrutiny It Deserves

“We believe in compassion over politics. We’ve always been compassionate to students,” said the teacher who requested anonymity in fear of retribution. “When we see students who are suffering, we wrap our arms around them like we would any other group of students. This policy makes that more difficult.”

Parents in attendance echoed that concern.

Erica Windisch, mother of 4, came to the protest to support the local trans community.

“I’m here because I’m trans. I have a 13 year old step daughter who is trans and my partner is trans. I’m here for my community, my children, I’m here for myself,” she said. “I left Bucks because I didn’t feel safe here as a trans person. But I want this to be a safe place for our children who are trans and for future trans adults. We didn’t have flags when I went to school here, but it would have meant so much if we did.”

Central Bucks parent, Mindy Freeman, is concerned that the quality of education will be impacted by the policy. “Their original intent with Policy 321 was just to discriminate against LGBTQ students, but it really has developed into a lack of engagement with students that’s going to lead to robotic teaching,” said Freeman. “The people who are really going to miss out are our students.”

While outside, the sidewalk was filled with chants, music, and rousing speeches, the scene inside of CB East was reportedly much different. Sources reported that the town hall was poorly attended. And they said contrary to the purported “town hall” style of meeting, no dialogue occurred, and no questions  – which were reportedly only accepted in written form – were answered.

There have been no announcements to date if the next scheduled town hall meetings will still be held.

*This story has been updated to reflect that Keith Willard is a teacher at Holicong Middle School, and not CB East High School as originally reported.* 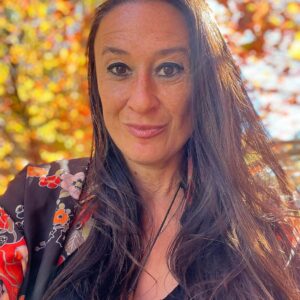 Lela Casey has been writing professionally for over a decade. Her work has included entertainment journalism, scientific articles, and historical profiles. She has spent the last few years dedicated to making Bucks County a more tolerant, inclusive place for everyone.
PrevImmigrant Rights Action Hosts ‘Injustice at the Border’ Event
Make Reading Part of Your Resistance This Black History MonthNext