The popular Central Bucks School Board member explains why she is endorsing this young, progressive candidate for state representative in PA-29.

On December 3, 2020, I reached out to the Chair of the Doylestown Democrats, Connor OHanlon, to let him know that I was sending my resume to the Central Bucks School Board for consideration to fill an interim position. Within just a few weeks he was connecting me with a system of support so that I could run for the seat officially. Over the course of the next few months I attended Doylestown Democrat meetings regularly. During the course of the election cycle, I was routinely impressed with both his positive outlook and strong work ethic. I can honestly say that Connor is one of the most intellectually curious and hard working people I’ve ever come across. No one worked harder to get Doylestown’s Democrats to the polls in 2021.

In his role as Chair of the Doylestown Democrats he represents a younger generation of leadership that our commonwealth desperately needs. Our progressive values need a fresh, energetic voice to balance out the hard-right in Harrisburg. Our membership is largely comprised of people representing a wide range of backgrounds: some who have been plugged into local politics for decades, others who are showing up for the first time to defend their rights and have a voice. Connor recognizes and values all members of the community and when difficulties and disagreements arise, he is always solution-focused.

On the campaign trail, I watched him ask good questions that would help lead us to enlisting the resources we needed to accomplish our goals. He consistently demonstrated an ability to keep us on track in achieving the goals set out by the group.

His knowledge, work ethic, and poise are what you’d expect to see in someone with decades of experience. He also has the rhetorical skills to create meaningful collaborations — sometimes between unlikely participants. For instance, our town had a Democratic primary for mayor. This primary was a three way race that, to some degree, created divisions in the community. Still, Connor was able to navigate the situation, maintain effective communication, and lead the local party to unity after the primary, which resulted in the largest victory of any contested election in Bucks County in November 2021.

Connor was an integral part of flipping the Region 8 School Director seat in 2021, overseeing an unprecedented Democratic voter turnout of 55 percent, compared to an average of 47 percent in all other CBSD regions. Connor is a strong advocate for progressive values. I’ve worked with him closely on the campaign trail and based on his unparalleled work ethic, intelligence, and appeal to all voters, I know he can win in November. Then he will fight for our district as hard as anyone when it comes to voting rights, women’s rights, and LGBTQ+ rights. He is at once fearless and humble. I cannot say enough about how well-suited I believe he is to represent the 29th Assembly District in Harrisburg.

The views and opinions expressed in this article belong solely to the author, not the publication. 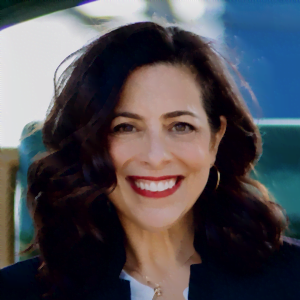 Tabitha is a school board member at Central Bucks School District. She is also a professor at The College of New Jersey and hold a Ph.D. in Interdisciplinary Studies in Human Development from the University of Pennsylvania.
PrevRepublican Selective Amnesia About Ukraine
Cars, Yaks, Worms, Celts, Smooth JazzNext