Defamation Lawsuits Can Be Weaponized Tools of Censorship

This is the first article in a three-part series examining how a rash of defamation suits filed by prominent local Republicans underscores the need for stronger laws protecting the right to free speech in Pennsylvania.

When it comes to political speech or speech concerning matters of public interest, the First Amendment to the Constitution of the United States has a simple message: if you have a thin skin, do not step into the public arena.

To encourage vigorous debate and discourage self-censorship, federal and state courts have repeatedly offered the strongest possible substantive protections for political speech or speech about public figures. These protections stem from an interpretation of the First Amendment that requires those aggrieved by words to prove that the alleged defamatory falsehood was uttered knowing that it was false.

As the US Supreme Court clarified, when it comes to speech that concerns matters of public interest or is about a public figure, the First Amendment ultimately protects the right to defame. “No matter how gross the untruth, the [applicable standard] deprives a defamed public official of any hope for legal redress without proof that the lie was a knowing one, or uttered in reckless disregard of the truth.”

Pennsylvania Courts have described this standard as “a rigorous, if not impossible, burden to meet in most cases.” This standard was recently used to dismiss Sarah Palin’s defamation case against the New York Times, after it was tried, and before a jury also reached a unanimous verdict rejecting her claims. Bottom line, the First Amendment makes it exceedingly difficult to win a defamation case.

Do not be lulled, however, into thinking that you cannot be sued for exercising your right to free speech. Although these cases are difficult to win on the merits, if your adversary has the resources – specifically, access to lawyers and lots of money – these cases are easy to file and sustain for years. Even if eventually dismissed, defamation cases always carry a significant cost.

In Sarah Palin’s case, Politico reported that Palin’s side may have spent $2 million in legal fees to bring her case to trial. The New York Times likely spent at least that amount to defend itself in the lawsuit. Publications like the New York Times and the Washington Post, and networks like Fox News and CNN have the resources to mount the kind of vigorous defense required to prevail on the merits in these cases. The average citizen facing one of these suits, however, confronts the terrible prospect of either bankrupting themselves through prolonged, expensive litigation, or capitulating to the allegations of the lawsuit. Simply, even with the law and the First Amendment on your side, you often need to match or exceed the resources of your adversary to win.

Regarding winning, the victories in this arena are often pyrrhic or illusory.

Very few among us would consider a $2 million legal bill at the end of a seven-year long court battle as “winning” – regardless of whether you prevailed in court.

This exposes the first dirty secret of First Amendment litigation: you do not have the right to free speech, you have as much free speech as you can afford in legal fees.

In addition to exacting a significant financial cost, your adversary may have a different idea of victory. Simply, prevailing in court may also not be the sole motivating factor for your adversary. Think of Palin, who has been the target of withering mockery for most of her political career, spending millions to sue the NY Times over a single poorly worded editorial. Were the millions spent in hopes of recovering some monetary compensation for the likely inconsequential bit of additional damage to her reputation from the editorial, or for some other reason? Perhaps the motivation was to punish the NY Times, or to resuscitate her political career by appearing to fight one of the bastions of the “left-wing media.” Although Palin lost the case, which is now in its second round of appeals, she may consider the money well-spent if it extracted a heavy cost from the NY Times – including by further damaging its reputation in certain political circles.

In other words, throw around enough mud that no one can tell the difference between fact and fiction, and no one will care because they will see both sides as complicit.

This brings us to the second dirty secret of First Amendment litigation: you can win and still lose, and the other side can lose, but still win.

Like Palin, prominent local Republicans Samuel James Worthington, Jr., and Clarice Schillinger have filed defamation lawsuits – three in total – alleging that they have been hurt by their opponents’ words. The targets of these suits are individuals, politicians, and organizations.

Friday we will publish Part Two in this series, which will take a closer look at these three lawsuits. 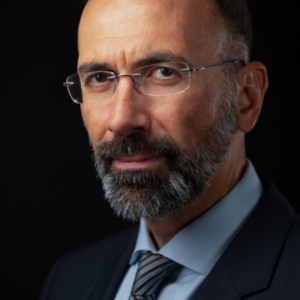