Why Diversity In Education Matters

"The reason I stood against my school district's book ban was because I didn’t want future African American kids to go through some of the things I went through growing up because of the lack of cultural sensitivity in my schooling experience."

The following is a transcript of Christina Ellis’s testimony at this month’s Congressional hearing, Free Speech Under Attack: Book Bans and Academic Censorship. Christina is a 17-year-old student from Central York High School.

My name is Christina Ellis and I am a senior at Central York High School in York, Pennsylvania, and the Vice-President of PARU which is the Panther Anti-Racist Union at Central York. I’d like to discuss the book/resource ban that divided our school district. The books/resources banned were books such as, ‘I am Enough’ by Grace Beyers, ‘All Are Welcome’ by Alexendra Penfold, and even ‘Ven a mi casa’ by Dr. Suess. I remember the moment I heard about the ban, Edha Gupta, who is the president of PARU, messaged me with an article released by York Dispatch, a local news source, discussing in great detail the type of  “divisive resources” that were banned.

It didn’t take long for us and countless others to realize the listed resources targeted the voice and representation of BIPOC communities, authors and creators. We knew that this ban didn’t represent our school district as the 2nd most diverse district within York County. Thus, we created an executive board within PARU. The board members and I decided that our first initiative was to peacefully protest outside our high school every morning until the ban was reversed and that is what we did. 70 plus students and even staff at the high school stood outside our school with signs like, “Black Lives Matter” and “Diversity Belongs in Education.” We stood in solidarity until our presence was known and soon enough our presence was recognized. News anchors like Fox News and CNN picked up our story and after all the news coverage, our school board reversed the ban as of September 2021. We did not rejoice at this news for long because we realized that there is more work that needs to be done. Myself and those in PARU will continue to strive for equality and diversity not only within our classrooms but within our community.

The reason I stood against my school district’s book ban was because I didn’t want future African American kids to go through some of the things I went through growing up because of the lack of cultural sensitivity in my schooling experience. I also didn’t want minority students in general feeling like their culture didn’t matter because in school there was little to no representation for them. Here is more of my personal story, in elementary school, when the teacher would put on a documentary about slavery, kids would turn around and stare at me, the only black girl in the classroom. I found myself avoiding bringing my Caribbean food to lunch in fear of the looks and snarky comments from peers because the food was foreign to them. And sadly enough I spent the majority of my K-12 schooling straightening my hair so I wouldn’t stand out. I wanted to blend in and not be different. I didn’t want random people touching my hair without my permission. Sadly still to this day, I encounter people who think it’s ok for them to run their hands through my hair.

Books that highlight our differences and that teach others how to address diversity are crucial. These books shouldn’t be up for debate. A slideshow presentation at the beginning of the school year telling kids to be kind isn’t enough. It’s not ok to joke about the way a student chooses to dress or what they pack for lunch. Books can help kids educate themselves on various cultures and ways of life. This will decrease bullying and judgemental stares because kids will learn to approach their peers not from a place of educational ignorance but a place of compassion and understanding. This world needs more people who want to pay attention to others and not only themselves. Banning books of those of a minority or unique background silences their voices and erases their history. And arguably it is taking away their right to express themselves. These are words on a page that have the power to change a cold heart to warm. It’s not indoctrination, it’s education. 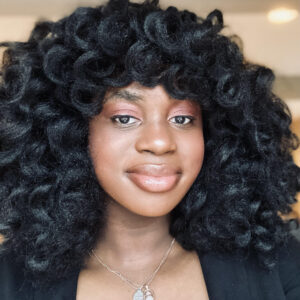 Christina Ellis is a 17 year old African-Caribbean American highschool senior and activist. She is the Vice-President of a club called the Panther Anti-Racist Union, better known as PARU. Christina and others worked together to reverse a book ban that the Central York School District in York, Pennsylvania placed upon books/resources that promoted diversity and inclusion. At Christina's high school, Central York High School, she helped to organize a peaceful protest that advocated to reverse the ban.
PrevPA GOP lawmakers move to ban ballot drop boxes
Defamation Lawsuits Can Be Weaponized Tools of CensorshipNext