Montgomery County Mom Is Protesting A Local NRA Fundraiser Thursday. Will You Join Her?

I am appalled at the fact that so soon after Uvalde, while the tiny caskets are still being decorated, that the NRA would have a fundraiser, and so close to an elementary school no less.

I have a child in a Montgomery County elementary school a mere 0.7 miles away from where the National Rifle Association will be holding a fundraiser at the Franconia Heritage Restaurant Thursday at 5 p.m. I only discovered that they were planning to have the event Tuesday, but given the recent events of Uvalde, Texas, I feel compelled to protest – and I invite you to join me.

I became one of the earliest members of Moms Demand Action after the Sandy Hook massacre. Seeing the faces of those babies who were slaughtered in a place that should have been safe made me incredibly sad, and then incredibly angry. How could we have let something like this happen? I started researching gun laws, something I didn’t previously know much about.

I’ll admit, I have never been a gun person, and had little interest in the subject. I was aghast at the things I learned were legal in the firearm industry. The more I found out, the more outraged I felt. I wanted to do something, so I got involved with MDA. I was one of the admins for the MDA-PA Facebook page. I’ll spare you any examples of the angry, vulgar, threatening messages that we received, but suffice it to say they were extremely misogynistic in nature.

After a few years, I drifted apart from involvement in the group. Other life events got in the way, and there seemed to be no willingness on the part of politicians to do what needed to be done to keep us safe.

The frustration wore me down.

Now, after yet another uniquely American mass shooting where 19 children and two teachers were gunned down in their school, I want to get involved in the issue again, and I hope many others will join me. We need our leaders to act.

The NRA has been holding hostage the sensible gun reforms that the majority of people in the U.S. want. Their money funds the campaigns of these politicians who act as obstructionists to progress on gun safety. The NRA was founded as a gun safety organization, but in recent decades, has become nothing but a mouthpiece for the gun lobby.

Our dead children are just part of the cost of doing business for them. As of the year 2020, firearms are now the #1 cause of death for children in this country (New England Journal of Medicine, 2022). So, while Uvalde has brought much attention, the tragic reality is that children are being killed by firearms every day in this country.

Politicians who benefit from NRA cash keep telling us there is nothing that can be done to prevent these tragedies from occurring. That is pure gaslighting on their part. They point to other things, like video games and “fatherlessness” and a lack of church attendance. Other countries have the same rates of mental illness, video game playing and single parent homes, but they don’t have this problem. Also, Europe is much less religious than the U.S., and they don’t have a gun problem.

We had an assault weapons ban in place from 1994-2004, at which point it was allowed to expire. During that time, we did not slip into authoritarianism. We did reduce senseless deaths, however.

That’s just one example of the changes I want to see happen. I want the assault weapons ban to be reinstated permanently. There is absolutely no good rationalization for us to sell these weapons of war to any civilian, let alone someone who just turned 18. The only good reason to continue selling them is so the gun industry can make more profit. It’s that simple. It always comes back to greed when companies do things that put people in danger.

I am appalled at the fact that so soon after Uvalde, while the tiny caskets are still being decorated, that the NRA would have a fundraiser, and so close to an elementary school no less. I will be out on the corner in front of the event protesting this shocking display of callousness, and I urge others to join me. The time to stop the next school shooting is now.

Doing nothing is not an option. 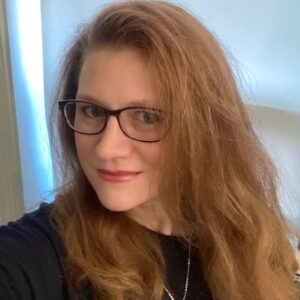 Natalie Cimonetti is a resident of Telford, PA, in the Souderton Area School District, where she has lived with her husband and children since 2013.
PrevRipping the ‘Moderate’ Mask Off of Rep. Brian Fitzpatrick
Vote Counts in PA Senate Race Come to a Screeching HaltNext