Governor Wolf issues an executive order to protect out-of-state women from prosecution; the relief may only be temporary.

In less than a month, and at pell-mell pace, a woman’s right to choose in the United States has been upended following the Supreme Court’s reversal of Roe v. Wade triggering the immediate ban of abortion services in 10 states with another 12 ready to follow suit. 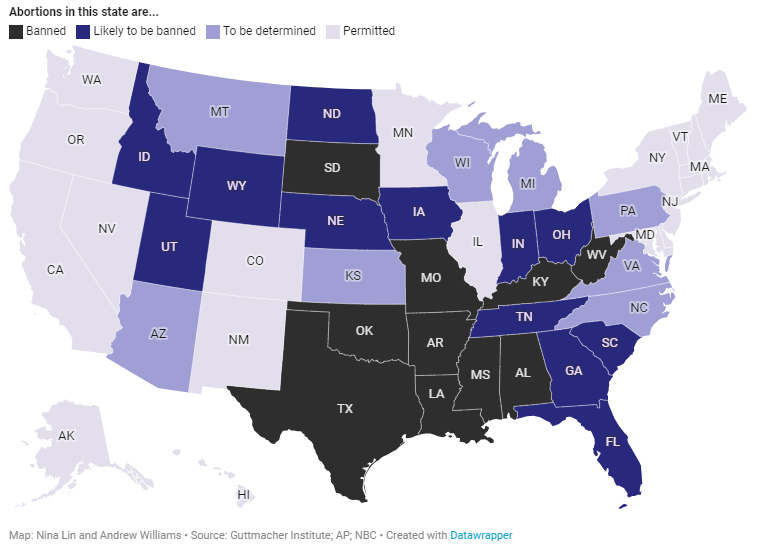 Certain states where abortion has been banned have chosen to criminalize and prosecute women who travel to other states for services along with the health care workers who provide that care.

The Woman’s Law Project called upon Governor Wolf via an action alert to issue protections for women coming to Pennsylvania for reproductive health care. Other states including Minnesota, Massachusetts and New Mexico have already put into place measures to curtail aggressive prosecutorial measures.

Wolf, a champion of women’s rights, issued Executive Order 2022-1 saying: “Here in Pennsylvania, I will not stand for this attack on women and pregnant people. By signing this executive order, I am affirming that individuals seeking and providing reproductive health services are safe in the commonwealth from discipline and prosecution. Everyone, whether a resident of Pennsylvania or elsewhere, deserves access to health care. As long as I am governor, I will do everything in my power to protect that right.”

“We’re grateful to Governor Wolf for issuing an Executive Order to protect Pennsylvania physicians and people seeking abortion care in the Commonwealth” said Amal Bass, Interim Co-Executive Director at the Woman’s Law Project. “It’s a relief for us and our clients who provide abortion and related reproductive health care in Pennsylvania that the Governor is responding to the public health emergency that has emerged since the Dobbs ruling.”

The Woman’s Law Project, a not-for-profit public interest legal organization, works to defend and further the rights of women, girls and LGBTQ+ people across the Commonwealth. The WLP has pursued an assortment of litigation pursuant to women’s health care along with educational and workplace equality. Additionally, the WLP website offers an array of helpful resources for women seeking information about child custody issues, housing, crime victim resources, and the availability of public benefits and how to access them.

Last week’s outrageous power grab by the Republicans in back-to-back late night sessions resulted in the advancement of Senate Bill 106 that seeks to ban abortion by amending the Pennsylvania Constitution.

For the first time in almost 50 years, many women in the United States have fewer rights today than that of their mothers. Unfortunately, Pennsylvania women are far from being out of the woods insofar as having continued and unfettered access to reproductive health care.

The future of a woman’s right to choose in Pennsylvania will require two things: (1) voting in every election and (2) voting for pro-choice candidates.

“Every Pennsylvanian has something to lose through the avalanche of constitutional amendments being pushed through our Legislature,” said Bass. “We are in a crisis and need everyone to know their rights, speak up, and fight for a Pennsylvania where we can all thrive without interference and intrusion from our state government.”

Traditionally, public referendums such as the one intended to ban abortion by adding specific language to Pennsylvania’s Constitution are placed on primary ballots during municipal elections in anticipation of low voter turnout.

In the May 18, 2021, municipal election primary, a referendum asked if the state’s constitution should be amended to strip the governor of emergency power. The referendum passed with a mere 13 percent of voters making a decision that will impact all Pennsylvanians.

To protect a woman’s right to choose, voter engagement is necessary and complacency is not an option.

Your vote is your voice.

To register to vote or to check your registration for the upcoming November 8 general election, click here.

Jenny Stephens is a freelance journalist who has written for a variety of publications, including The Reporter. An avid collector of all things vintage, she resides in Lansdale, PA.
PrevOur Movement
Rep. Brian Fitzpatrick Votes Against Combatting White Supremacist and Neo-Nazi Activity in Military and Law EnforcementNext