Who Profits from the New Fascism in Our School Districts?

Banks and financial advisors who have a stake in school bonds have a moral obligation to speak out against districts who are pushing censorship and rolling back academic freedom.

The new fascism in Bucks County requires an appropriate response, but are we seeing it?

Central Bucks School District made national headlines by approving a policy that requires the superintendent and his designees to review books before school libraries offer them. Pennridge School District is considering an even more authoritarian policy. These policies’ purpose, we should be clear, is to prevent whole communities of children from receiving the nourishing recognition they need to survive and thrive in our society. While venues such as this one and groups of parents and students are speaking out against the book bans, there’s a powerful echelon of Bucks County society that has been silent: capital.

According to public documents, the Central Bucks School District did a $13.8 million bond deal last year. A lot of money changes hands when school districts do deals like this on the municipal bond market. While we’re not accustomed to thinking about public school districts as commodities bought and sold in private markets, to get the financing they need to plug gaps during the budget cycle and pay for things like facilities projects, districts have to sell themselves and pay high fees, credit ratings, and interest rates to do it. When this happens, there’s a bevy of capitalists and attendant legal advisors who make money.

In the most recent bond deal, PFM financial advisors, JP Morgan, and Wells Fargo were banks and financial consultants involved, while Begley, Carlin, and Mandio LLP and King, Spry, Herman, Freund, and Faul LLC did legal work for it. In total, the consultants and advisors made $114,204.45 from the deal. Due to the secrecy of private credit markets we can’t know exactly how much JP Morgan and Wells Fargo made by serving as the go-between for the district and it’s lenders, though we know that they report a $1.95 million premium. Nor can we know the names of the wealthy fixed-income investors who stand to make tax-free 5% coupon payments in this deal, with interest on this loan totaling around $700,000.

While we tend to think taxpayers are the ones that pay for public schooling, it’s actually finance capitalists that provide and circulate the necessary funds – tax payer money just pays these capitalists back for the service. These wealthy elites provide the district with its financial lifeblood.

I imagine if JP Morgan, Wells Fargo, PFM, and Begley and King really disagreed with the new fascism in Bucks County, they would refuse to do business with the district. If there were such a capital strike, I also imagine the fascists in the district would think twice about banning books. However, no statement or op-ed or even private communication is known to the public along these lines. Will the big banks and regional financiers stand for fascism in their midst?

At Pennridge, there’s an even more recent deal that went down for $8.3 million. PNC Capital Markets was the banker here, while Dinsmore and Shohl, LLP are the bond counsels providing legal advice. They’re making $104,088 on the deal with a $978,000 premium. As Pennridge decides to surveil student communications with an eye towards excluding whole communities of students from our shared social life, will the bankers and lawyers keep taking their money?

I would hope not. But it’s hard to turn down millions of dollars in fees and tax-free interest payments, even if that money comes from a school district systematically oppressing its own kids. As communities stand up and fight back against this tide of immoral, unethical, and mis-educative educational policy I hope we remember this crucial choke point if the region’s elites won’t stand up and do the right thing.

While there are no active campaigns underway along these lines, if you’re interested in working on these kinds of issues, particularly putting progressive pressure on political leaders in the region, look into joining BuxMont Democratic Socialists of America, Pennsylvania Debt Collective, and PA Stands Up. 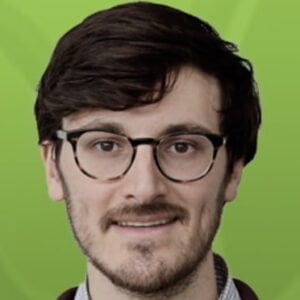 David I. Backer is an associate professor of education policy at West Chester University. His research and organizing focus on ideology, school finance, and facilities. He tweets at @schooldaves.
PrevWhen abortion at a clinic is not available, 1 in 3 pregnant people say they will do something on their own to end the pregnancy
Mastriano Tries to Escape ‘Extremist’ Label While Calling Attack on the Capitol ‘Distant,’ Suing Jan. 6 CommitteeNext