Opinion: Pennsylvania Must Vote Against Antisemitism in November

The GOP has become the party of authoritarianism, election denialism, and antisemitism.

As an American approaching the 2022 midterms, I worry about the continuing slide of our country toward authoritarianism and election denialism revolving around the cult-like following of former President Trump. As a Jewish-American, I have an additional element of concern – not unrelated to the above – namely, the growth and acceptance of antisemitism that has seeped into the mainstream of the Republican Party.

Much has been made of Trump’s recent tweet: “No President has done more for Israel than I have. Somewhat surprisingly, however, our wonderful evangelicals are far more appreciative of this than the people of the Jewish faith, especially those living in the U.S. … U.S. Jews have to get their act together and appreciate what they have in Israel – Before it is too late!”

The White House declared Trump’s threatening comment to be antisemitic. Anti-Defamation League CEO Jonathan Greenblatt described it as “disgusting,” and asserted, “We don’t need the former president, who curries favor with extremists and antisemites, to lecture us about the U.S.-Israel relationship.”

It’s true that American Jews do care deeply about Israel. But implying that American Jews have a higher or co-equal loyalty to Israel as compared to that which we feel toward our own country, the so-called “dual loyalty” accusation, is an antisemitic trope. And Trump clearly leaned into it—not for the first time.

Whether or not Trump truly harbors antisemitic attitudes, I cannot say. What is clear, however, is that the former president engages in reckless speech which has contributed to the significant and thoroughly documented growth of antisemitism these past six years, including actions by violent extremists. This week marks the fourth anniversary of the massacre of eleven Jewish worshippers at Pittsburgh’s Tree of Life synagogue, the worst attack on American Jews in this country’s history. The shooter justified his craven assault on this Jewish institution because it had recently sponsored a program with HIAS, a Jewish organization that helps resettle refugees. He said he feared an “invasion” taking place on our southern border, false and irresponsible language used by Trump a short time before the attack. The shooter shared on Gab, a far right racist and antisemitic social media site: “HIAS likes to bring invaders in that kill our people. I can’t sit by and watch my people get slaughtered. Screw your optics, I’m going in.” Elections have consequences. So do words. Not surprisingly, Trump failed to engage in any introspection following the attack and continued to spout lies about the southern border.

As a Pennsylvanian, I worry that Doug Mastriano, perhaps the country’s leading election denier who was in Washington, D.C., at the January 6th insurrection, is running to be our state’s governor. As a Jewish Pennsylvanian, I also worry because this candidate has openly associated himself with the antisemitic white supremacy movement. Last spring, he paid the previously mentioned social media site Gab $5,000 for “consulting” services in order to gain access to its tens of thousands of followers. In response to widespread media attention and criticism, including from within Republican Jewish circles, Mastriano disassociated himself from Gab. But to this day, he has failed to condemn Gab or its founder Andrew Torba. Jenna Ellis, a Mastriano advisor and former Trump lawyer, recently criticized Josh Shapiro, Democratic candidate for governor, for being “at best a secular Jew.” In recent days, in Upper Makefield, a Shapiro for Governor sign was placed on private property without the owner’s permission. The sign was found to have razor blades taped to its edges, which the police justifiably described as a “depraved and criminal act.” Who was responsible, we don’t know, and probably will never know. But the fact that the razor blades were taped to the sign of a Jewish candidate, in the current atmosphere fostered by Trump and Mastriano, is at the very least suspicious.

What have we heard about all this from spineless Republican Pennsylvania Senate candidate Dr. Mehmet Oz and Congressman Brian Fitzpatrick? Sadly, fearing the wrath of the Trump and Mastriano base, nothing at all. As an American and as a Jewish Pennsylvanian, I will proudly vote for Josh Shapiro for Governor, John Fetterman for the U.S. Senate, and Ashley Ehasz for the House. 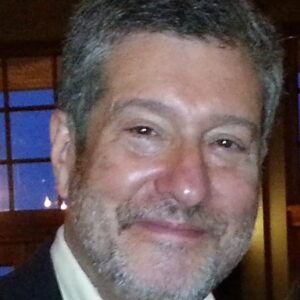 Martin J. Raffel, resident of Langhorne, is on the board of Democratic Jewish Outreach Pennsylvania. Before his retirement in 2014, he served as senior vice president at the Jewish Council for Public Affairs, an umbrella group comprised of 16 national and over 100 community-based Jewish organizations.
PrevDark Money Groups Have Pumped $1 Billion Into GOP Effort to Retake Senate
Restoring Democracy, One Vote At A TimeNext