Rep. Brian Fitzpatrick, like all of his Republican colleagues, voted against the Child Tax Credit, the Inflation Reduction Act, and other social programs that help families cope with rising prices.

My wife and I recently had the tremendous misfortune of needing to buy a car. Car prices, you may know, reached an all-time high this year.

There are now rumblings of a gradual decline, but rising interest rates will likely offset any savings. So with our beloved but rickety 2006 Altima facing another cruel Midwestern winter alone, we bit the bullet and bought a newer used car before those rates could get any higher.

For us it was the capstone of a year we spent, like anyone else, shelling out more for gas, groceries, and everything else. It’s this kind of inflation that’s giving even the fringiest Republican candidates an edge going into this year’s midterms.

But if Republicans ride inflation to victory, experts warn their “solutions” will make it worse.

Spending alone “can’t be causing our current inflation,” Reich argues, “because inflation has broken out everywhere around the world, often at much higher rates than in the U.S.” And “wages can’t be pushing inflation, because wages have been increasing at a slower pace than prices.”

Besides, what’s that money being spent on?

Maureen Bowling, a single mom in Kentucky, credited Biden’s expanded Child Tax Credit with helping her family out of poverty. With 9 of 10 recipients spending their payments on household necessities, she writes, those payments “eased the effects of inflation on families.”

Instead, Reich puts the blame on global shortages caused by Russia’s war on Ukraine and pandemic lockdowns in China — and on “big corporations that have been taking advantage of inflation by raising their prices higher.”

Don’t take Reich’s word for the second part. Experts at the Groundwork Collaborative have documented call after call in which CEOs literally brag about gouging consumers and blaming it on inflation. “A little bit of inflation is always good in our business,” confirmed Kroger CEO Rodney McMullen.

A New York Times investigation identified car dealerships as especially bad actors. No argument from me!

So, what would Republicans do about it?

Every single Republican voted against the Child Tax Credit and other social programs that help families cope with rising prices. They also voted against the Inflation Reduction Act, which will lower health care and prescription costs for millions of Americans. And they opposed a bill that would have taxed oil companies that gouge consumers at the pump and returned the proceeds to taxpayers.

Instead, reports now say Republicans will pursue their usual plan: tax cuts for billionaires and corporations. Sorry, but how’s that going to help?

America’s billionaires have seen their wealth increase by $1.7 trillion since the pandemic started. If it’s “inflationary” when single moms like Maureen Bowling get help with their groceries and heating bills, isn’t it more inflationary when the absurdly rich get even more? And if you reward price gouging with tax cuts, won’t that just encourage more gouging?

The fact is, if cutting corporate tax rates and making billionaires wealthier actually fixed inflation, it would have been fixed ages ago. Instead, the “corporate tax cuts the Republicans are pushing would add to inflation, add to the deficit, and do little or nothing for economic growth,” concludes Harvard economist Jason Furman.

Of course, Democrats need to offer voters clearer solutions too. Senator Bernie Sanders (I-VT) warns, “It would be political malpractice for Democrats to ignore the state of the economy and allow Republican lies and distortions to go unanswered.” He urges the party to “present a strong pro-worker agenda.”

Without one, the real winners of this fight over inflation will be the CEOs and corporations who profit from it. And believe me — they’re already doing fine with my car payment. 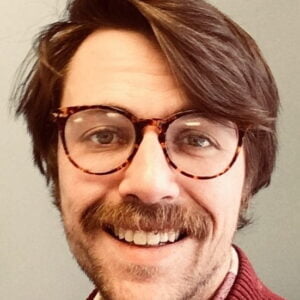 Peter Certo is the editorial manager of the Institute for Policy Studies and editor of OtherWords.org.
PrevDominionism Is on the Ballot in November, but Most Voters Have Never Heard of It
Candidate Q&A: Gwen Stoltz for PA’s 143rd House DistrictNext