Lycoming County Set to Begin State’s Largest Hand Recount of the 2020 Election. Here’s What to Expect

More than two years after the last ballot was cast in the 2020 election, Lycoming County plans to recount all presidential votes by hand — an extraordinary step no other Pennsylvania county has taken.

County commissioners ordered the recount under pressure from activists associated with an election conspiracy group and against the advice of the local election director, who told proponents it would be a poor use of resources and unlikely to show the fraud they feared.

The county will begin the recount of roughly 60,000 ballots Monday in a labor-intensive process that could last as long as three weeks and cost tens of thousands of dollars.

Audit the Vote PA and similar groups that promote baseless conspiracy theories about elections have argued for hand recounts and forensic audits across the state, though those efforts have largely failed. York County agreed to hand-count three precincts in last year’s election, and Butler County performed a smaller hand recount of the 2020 election.

But the push for a broader review picked up traction in Lycoming, a largely rural county of slightly more than 100,000 people in north central Pennsylvania, best known for hosting the Little League World Series every summer. A petition calling for the recount was signed by 5,000 people, something that didn’t happen in other counties.

“I think there’s 5,000 people out there who signed a petition indicating at least some level of mistrust or misunderstanding on how our elections works and I think at some level that will always be there,” he said.

Why is Lycoming performing a hand recount?

The push for the recount began after the 2020 election, according to a lawsuit filed against the county by the Lycoming County Patriots as well as a statement from local Audit the Vote PA volunteer and lawyer Karen DiSalvo.

He cited growing Republican registration and dwindling numbers of Democrats, and compared that to the fact that Biden received 30% more votes in 2020 than Hillary Clinton did in 2016.

Experts have repeatedly said such trends are not indicative of fraud.

Registered Democrats and Republicans can decide to cast ballots for candidates from other parties. On top of that, turnout for all voters across the U.S. was high in 2020, and Biden’s total in Lycoming was less than the number of registered Democrats in the county. Former President Donald Trump also gained a greater number of votes relative to Republican registration.

But some people were nevertheless skeptical. Last winter, DiSalvo led a group of Audit the Vote PA volunteers in a door-to-door canvassing effort, searching for evidence of fraud.

Nearly half of surveyed houses, the volunteers claimed, had “anomalies” such as people saying they voted but having no vote recorded or more voters registered to an address than occupants. But the group has not released its raw data, and a similar effort by Audit the Vote in Lancaster County failed to ask basic questions, such as whether the person surveyed at a residence had actually been registered at that same address in 2020.

DiSalvo’s group then circulated a petition asking the county for 10 elections-related concessions that together represented a radical overhaul, including ceasing the use of electronic vote-counting machines, conducting a forensic audit of the 2020 election, and performing a hand recount.

Lehman repeatedly pushed back against the arguments DiSalvo and others made.

“I don’t believe anything presented here today currently justifies the extraordinary request to recount a two-year-old election,” Lehman said at a June meeting, according to a local news report. “No one was entitled to a specific outcome in the presidential election based on what voter registration totals or polling data might’ve suggested to them.”

The petition for a recount eventually amassed roughly 5,000 signatures, and in October the county commissioners voted along party lines to go ahead.

How will it work?

In an interview with Votebeat and Spotlight PA this week, Lehman said that, because there was no precedent for such a hand recount in the state, he had to “invent the wheel, basically.”

Forty county employees will participate, divided into 20 teams of one counter and one recorder each.

Ballots will be divided into roughly 180 batches based on ballot type, such as in-person, mail, or provisional. Teams will count one batch at a time, with batches ranging in size from one ballot to 1,400. The teams will only recount the presidential and the state auditor general races.

Recorders will use a tally sheet to record marks for each candidate choice, overvotes, or write-in that appears on the ballots.

“If that sounds inelegant, it’s because there is no real elegant way to do a hand count,” Lehman said. “You’re taking a process that is automated and making it analog.”

The count will be overseen by party representatives and open to reporters. DiSalvo said she is scheduled to watch parts of the count.

Lehman said he is hoping to complete the bulk of the work in one week, but the count is scheduled to continue through Jan. 31 if needed.

The commissioners have estimated the recount will cost roughly $55,000, and Lehman said he will be tracking expenses.

What will the end result be?

Experts, academics, and local officials, including Lehman, have repeatedly pointed out the inaccuracy of hand recounts, which introduce more potential for human error than machine counting. Lehman also noted that the county already performs audits after each election to ensure accuracy.

“I believe there is no way this hand count will be as accurate as the voting equipment,” Lehman said, stressing that the recount is unlikely to change the results. Small shifts, however, are possible for several reasons.

First, when election workers collected and counted their voted, unvoted, provisional, and other ballot types at the end of election night, they may have slightly miscounted the amount in each batch, and small errors like this are often discovered during recounts.

Also, humans and machines will interpret marks on the ballot differently. A mark that crosses between two candidates’ bubbles may trigger debate over the voter’s intent.

When this occurs, voter intent is determined by a team of bipartisan observers.

Finally, there is simple human error. If a volunteer gets distracted while counting a large batch of ballots, they may lose track of which ballots have or haven’t been counted, but Lehman said he has worked to minimize potential distractions.

Will it change minds?

Lehman is unsure about whether the recount will satisfy skeptics. The Lycoming County Patriots are suing the county claiming the commissioners are obligated to comply with all 10 of their requests, not just the recount.

“This hand count is one piece of the puzzle,” DiSalvo said in a statement. “We have paper ballots for a reason. We want to see if the paper ballots match the machine counts reported.”

In response to a follow-up question about whether she thought the recount would assuage concerns, DiSalvo said she didn’t expect the findings to be off by more than a few votes. She said rebuilding trust in the local process is the ultimate goal.

Lehman said the country’s approach to election technology has shifted over the years, moving toward fully electronic voting systems in the early 2000s and then, in recent years, shifting in the other direction. Lehman thinks the current balance between technology and manual work is about right, but he recognizes that not everyone will be convinced.

Still, “we’ve got to find a way as a country to get away from where we are now,” he said. “It’s OK for people to not be OK with the outcome of an election, but it’s not OK to have the conversation we are having right now. It’s not OK to only trust elections when your candidate wins. That is extremely corrosive.” 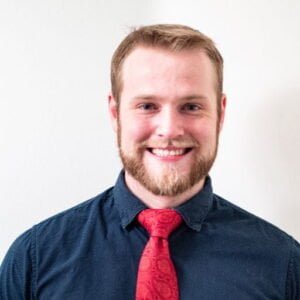