Transgender students and their allies alike showed that hate must stop in Bucks County.

This three-word statement should be obvious and incontrovertible, but it is constantly challenged by local, state, and national governmental bodies. Transgender people are harmed when any transphobia is present, but especially when it is built into the framework of our government.

That’s why it was so inspiring to see about 100 citizens from all over Bucks County gathered at the former courthouse Wednesday to protest recent anti-LGBTQ+ legislation. By listening to speakers, engaging in chants, and waving hand-crafted signs with powerful messages, the community came together to support transgender people.

The event was partially organized by local students, with lots of others attending in solidarity. Moth Weintraub, a junior at Central Bucks West, was a leader of the protest. They explained that they organized this event because of the transphobic legislation and actions that have been spotlighted recently.

Cisgender legislators “don’t know what it’s like to be trans, and they don’t want to,” said Weintraub.

One of the most pressing pieces of legislation that created the need for this protest was PA House Bill 972. HB 972 bans transgender girls and women from participating on sports teams that match their gender identity.

It passed the Pa. House Education Committee Tuesday, voted in by Republicans on a 15-9 party-line vote. This bill is especially harmful because it hits close to home. It hurts to know that some of our lawmakers are so adamantly against transgender people’s happiness and success, though Governor Tom Wolf has vowed to veto the legislation if it reaches his desk. Lily Freeman, a student at Central Bucks East, spoke out against bills like these at the protest.

“The people making decisions against trans people are the least educated about the trans community,” said Freeman.

In other words, those who make laws about what transgender people can and cannot do in their daily lives know next to nothing about what it means to identify and live as transgender. Additionally, the bill only discriminates against transgender women and does not mention transgender men. This detail points back to the sexist rhetoric that cisgender men are “biologically” more athletic than cisgender women. The bill also reduces transgender women to “biological men.” However, every athlete, regardless of gender, has their own advantages and disadvantages. Some are taller, some have larger lungs, some can build muscle more easily.

Luke Weidemoyer, a junior at Germantown Academy, came to join the protest and said he learned a lot from this event.

“By recognizing my privilege and fighting to elevate the voices of the oppressed, I can help make the world a more equal place to live,” he said.

These students’ voices show how needed and appreciated the protest was. Transgender students and their allies alike showed that hate must stop in Bucks County.

While Thursday was International Transgender Day of Visibility, this day is meant to recognize both the challenges transgender people face and the triumphs they achieve. But it was hard to celebrate what’s meant to be a joyful day when our lawmakers are actively trying to prevent transgender people from living fulfilling lives. Their rights to medical care, participation in sports teams, and more are stripped by hate-fueled, exclusionary laws.

These bills are created by cisgender people about transgender people; they have never experienced a day in their lives with the joys and hardships that come with being transgender.

Stephen Shippee, a junior at Central Bucks East and ally of transgender students, said that he thought the protest was especially impactful because it “provided a safe space and valuable support to everyone.”

This protest has the capacity to catalyze a push for transgender rights in Bucks County and beyond. Attending protests like these is a great way to show support for oppressed people in the community, however support should not stop there.

First, you should always use the names and pronouns transgender people ask you to use for them. And it’s also important to “correct others when they misgender us even when we’re not in the room,” Weintraub added.

Your allyship must also extend to when others attack transgender people; silence in these situations only leads to further marginalization. Vote for leaders who support transgender rights and keep an eye on how your current politicians vote.

Listen to them when they correct you or express their opinions. They are not confused; they are not a political debate. They are beautiful humans with a unique worldview. 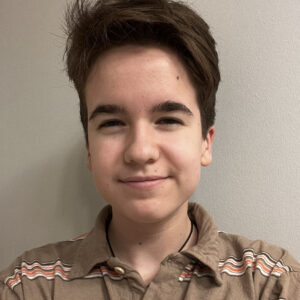 Lauren Burchell is a student at Central Bucks High School West with a passion for activism and writing. Lauren leads the Sexuality and Gender Alliance at West and also contributes to the school newspaper.
PrevSo Much for ‘Election Integrity’: Forged Petitions Mar Republican PA01 Congressional Candidate
Bucks County Can Tell Pennsylvania What It Thinks About Drinking Forever ChemicalsNext