Pride Month is a Time for Celebration, Reflection, and Resistance

The importance and necessity of LGBTQ support and allyship in Bucks County can’t be understated.

Doylestown Bourough’s streets filled with colorful displays and outfits to celebrate the 2nd Doylestown Pride on Saturday. This array of street chalk art, music, and performances featured in the block party, organized by Doylestown Pride, aimed to celebrate “queer beauty, joy, resistance, and love” in the community.

I personally attended this event. It was a beautiful day in the heart of the borough, where all were welcome to browse organizational booths and support local businesses. The celebration also featured musical performances from local musicians and a drag story time. As I walked the colorful scene I couldn’t help but reflect on what Pride specifically means to me, and what it means to Bucks County as a whole.

First off, it’s important to recognize where Pride came from, and how far we have come. Pride originated in the time of the Stonewall Riots where queer icons such as Marsha P. Johnson and Sylvia Rivera rose above the laws and regulations that held them down. Back then, the LGBTQ community were immensely persecuted. The Stonewall Riots were extremely influential as they finally allowed the community to speak up and say “enough is enough,” giving a voice to what Martin Luther King Jr. once remarked to those historically unheard. During Pride, we should reflect and appreciate the work that people like Johnson put in to create better conditions for queer people of all ages.

Though it’s important to appreciate the work that has already been done, we also must reflect on the work that still has to be done. Currently, there are two bills introduced in the Pennsylvania Senate that would prohibit any conversations about sexual orientation/gender identity in the school environment. Additionally, the Central Bucks school board has drafted policies that would ban LGBTQ books from school libraries on the basis that the books are “pornographic” due to out of context paragraphs and rhetoric from anti-LGBTQ groups. The school district has also been responsible for creating a hateful and discriminatory environment in their schools, one that makes it ok for students to be called slurs in the halls with no real punishment. Clearly, there is so much work to be done, whether it is fighting anti-trans legislation in Pennsylvania and across the country, or misinformation spread in our county.

READ: Voices Of Gay Liberation: The Impact Of The Stonewall Riots

The last thing that I believe truly represents what Pride means to our area is the support and allyship from the community. One thing that stuck out to me at the Doylestown block party is how many people came out to support and show their solidarity to the LGBTQ community, especially those who are youth and most vulnerable. Right now, allies are extremely important in the understanding and comfort of the LGBTQ community – even when it isn’t Pride month. I really like how GLAAD says this about allies:

“LGBT people are our mothers, fathers, sons, daughters, sisters, brothers, aunts, uncles and cousins. This is a fact and it isn’t going away. You have the opportunity to be an ally and a friend at home, school, church and work. A straight ally can merely be someone who is supportive and accepts the LGBT person, or a straight ally can be someone who personally advocates for equal rights and fair treatment.”

It really shows that ANYONE can be an ally.

Ultimately, even though Pride is a time for celebration, it is also one of reflection. I’d like to leave you with some last lingering thoughts as to how you can celebrate Pride month. I think getting involved in the community is a big thing, and that everyone should look for opportunities to help out. Whether it’s for events, or celebrations, or organizing, there’s room for everyone! Additionally, make sure to reach out to your LGBTQ friends and let them know you’re always there to learn and be there for them, not only during Pride month but all year long. After all, the key to being an ally is education. The final thing is to research the current legislation effecting LGBTQ youth, and to call your senators. The more voices, the more votes, the more change.

Thank you, and happy Pride month! 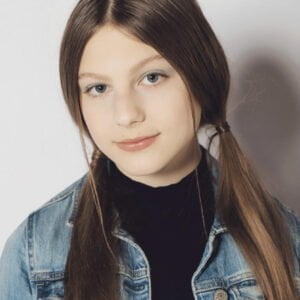 Lily Freeman (She/Her) is a female of Trans experience and Jewish Activist located in Bucks County, Pennsylvania. As a Central Bucks student, she strives to help in school districts as well as the community to make things more gender inclusive and equitable for all. She uses her voice to help everyone no matter race, orientation, or gender to feel safe wherever they are.
PrevFortress America Can’t Save Us
To Prevent Formula Shortages, Break Up MonopoliesNext