Food experts have warned for years that monopolies make our food supply vulnerable. Now babies are paying the price.

It’s a tough time to be the parent of a newborn in the United States today. Not only is child care prohibitively expensive, but the cost of all things — including baby products — is rising. And there’s been a months-long shortage of baby formula.

There’s nothing more important to a parent than providing for their child. As a mother who was unable to breastfeed, I relied on formula. I remember once making a long drive to another town when my local store was out of the brand my child was used to.

It was a stressful experience — and mild compared to what millions of parents are feeling right now as they face store shelves emptied of formula.

The formula scarcity began when the COVID-19 pandemic led to a disruption of ingredient supply chains and transportation delays. But the root of the problem is the monopolization of our food industry by greedy, often careless corporations.

This past February, the Food and Drug Administration found that several leading formula brands produced by Abbott Laboratories were contaminated with dangerous bacteria.

That led to a recall and a temporary closure of Abbott’s main Michigan factory, where government inspectors found “shocking” conditions. Then, just as the Michigan plant reopened, torrential flooding forced it to shut down again.

Although store shelves — when fully stocked —  appear to offer a wide variety of baby formula brands, only two companies produce more than 70 percent of these products: Abbott and Mead Johnson. A third company, Nestlé, produces about 12 percent.

So when Abbott shuttered its Michigan plant, that single closure affected a significant portion of the nation’s stock of formula. It’s the definition of putting all our eggs in one basket.

And it’s not just baby formula.

The baby formula shortage has driven prices up — yay, capitalism! In fact, food prices are rising sharply across the board. Meanwhile, big food manufacturers are reaping record profits, undermining claims that they’re simply passing on their higher costs to customers.

Decades ago, food policy analysts warned of the pitfalls of food monopolies.

Vandana Shiva’s 2000 book, Stolen Harvest, and Raj Patel’s 2007 book, Stuffed and Starved, linked the profits of the world’s wealthiest food corporations to the plight of the world’s poorest farmers. They also pointed out that in the relentless corporate drive to lower costs and maximize profits, food supply chains were consolidating and becoming more vulnerable to disruptions.

Advocacy organizations like Farm Action and Food and Water Watch have likewise been sounding the alarm about food monopolies for years.

The solutions are simple, and can be easily enacted if there is political will. Rep. Mark Pocan of Wisconsin, for example, has sponsored a new bill that would enact a moratorium on food industry mergers.

Formula-feeding parents could become powerful spokespeople for breaking up these greedy conglomerates.

One mother, Laura Stewart, told the Associated Press how difficult it has been for her 10-month-old daughter to deal with switching to whatever brands are available: “She is typically a very happy girl,” said Stewart. But without her regular formula, “she spits up more. She’s just more cranky.”

Now that corporate food monopolies are impacting the most vulnerable human beings in our society — babies — will the government take drastic measures to break them up?

This commentary was produced by the Economy for All project at the Independent Media Institute and adapted by OtherWords.org. 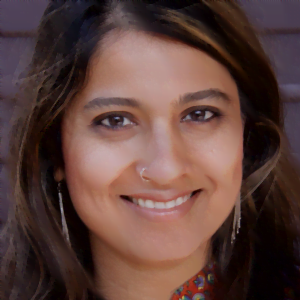 Sonali Kolhatkar is the host of “Rising Up With Sonali,” a television and radio show on Free Speech TV and Pacifica stations.
PrevPride Month is a Time for Celebration, Reflection, and Resistance
Doug Mastriano’s Disdain for the Press Is a Threat to DemocracyNext