In Bucks County we’ve already seen a taste of what’s to come, with scuffles around DEI programs, pronouns and LGBTQ pride flags, and school closures and mask mandates.

Pennsylvania is gearing up for one of its most consequential political battles yet.

Republican Doug Mastriano, who is a Christian nationalist, likely QAnon supporter, and who bussed people to Washington, D.C. for the January 6th rally-turned-insurrection, will face Democrat Josh Shapiro in November’s gubernatorial election. After many years of deep political polarization – thanks in part to former President Donald Trump and the COVID-19 pandemic – no issue will be off the table when these two go head-to-head. But right now, few political questions hold as much weight as ones related to public education, which are not just about schooling in and of itself, but also about how taxpayer dollars are spent (or how schools are funded – or defunded), as well as ideological questions around race, gender, and sexuality, and of course, children and their safety.

The future of public education in Pennsylvania rests on the governor’s race. And in Bucks County we’ve already seen a taste of what’s to come, with scuffles around diversity programs, pronouns and LGBTQ pride flags, and school closures and mask mandates. And these are not just small fights happening in individual school districts, or even spontaneous concerns brought up by random parents – rich donors such as Jeffrey Yass have thrown millions of dollars into electing candidates who support “school choice,” or hundreds of thousands of dollars into flipping seats on school boards. And with national groups like Moms for Liberty setting the political agenda, Bucks County parents are able to plug right in and get to work. Silvi Haldipur, a Central Bucks parent, told The Bucks County Beacon, “It’s very clear there’s an agenda.”

Mastriano has been public about his opposition to Critical Race Theory and trans children playing on gender-affirming sports teams, along with mask mandates and any COVID-19 school closures. He’s also a proponent of school choice and wants to  “re-evaluate” how the state funds public education. Needless to say, whatever happens in November’s election will have a monumental effect on Pennsylvania’s public school system.

Public schools are now some of the most charged sites of political and cultural struggle, and often seen as the battleground for issues related to race, gender, sexuality, and ideology. Often they’re used as a proxy war for larger societal issues, like our country’s response to the COVID-19 pandemic and how we choose to handle our ugly history of racism. This has been evident in campaigns against “Critical Race Theory” and other efforts around diversity, fights to ban books with LGBTQ or other “controversial” themes, and heated arguments about school closures and mask mandates.

These fights have been seen right here in the Philadelphia area, specifically Bucks County. In the Pennridge School District, only 2 percent of students are Black – which is why some educators and parents believe that diversity, equity, and inclusion (DEI) programs are so important: without actual diversity in the schools, children need to be exposed to different races, cultures, and the country’s history of slavery and racism. And while Pennridge did end up implementing DEI programming, in response to concerned parents and school board members, including a group called Pennridge for Educational Liberty, the school district quickly backtracked. The district currently has no DEI programming. Mastriano has said that “A classroom made up of young impressionable minds is certainly not an appropriate place for fringe critical race theories,” and his website supports a “thorough review of district ‘Diversity, Equity, and Inclusion’ plans,” giving a window into how he’d treat curriculums about race or racism if he were to become governor.

Mindy Freeman, a former teacher and parent in the Central Bucks District, told The Bucks County Beacon that the district implemented a DEI program right before COVID-19 hit the U.S., but after one meeting, subsequent ones got canceled due to the pandemic and other related emergencies. Around the same time, school board meetings, previously sleepy affairs that Freeman said “no one ever went to,” became breeding grounds of political activity. Closures and mask mandates were the catalyst, but ”became about, all of a sudden, George Floyd, CRT, and then linking that to diversity and inclusion, saying DEI is just another word for CRT.” What was happening nationwide politically was also playing out in local schools. Haldipur said that she “didn’t actively go into trying to be part of the school board wars. I started attending school board meetings to support a student who was trying to bring a holiday, Diwali, onto the calendar … [What I saw] was jaw dropping.” Haldipur told The Beacon that she saw white parents who were anti-mask scream at doctors of color who were sharing facts about COVID and masking, telling them to “go back to their country.” The anti-masking and racism seemed to be inextricably linked.

These battles over DEI and school closures have culminated in competitive and sometimes ugly school board elections in Bucks County and the other three collar counties as well. Keeping Kids in School and Back to School PACs both formed in response to the COVID-19 pandemic and subsequent school closures, but became about much more than in-person learning, focused also on “fair curriculum choices” and the influence of the teachers’ union. Together, both PACs raised hundreds of thousands of dollars – Martino put over half a million dollars of his own money in – which is generally unheard of in local school board races, and won many of the elections they got involved in.

Fights around COVID-19 and schools became proxy battles between Democrats and Republicans, which was clear in Mastriano’s run for governor, as he called for an immediate ban of all public school mask and COVID-19 vaccine mandates. And while this of course isn’t true for every individual involved, what unites many of these Republican-backed groups is a desire to take power away from teachers’ unions. Paul Martino, a Doylestown venture capitalist who put half a million dollars into school board elections, like Mastriano believes that there needs to be a counter to teachers’ unions power, and many disgruntled parents blame teachers’ unions for school closures and mask mandates.

David O’Donnell, a parent in the Pennridge School District, ran for School Board on the Pennridge United slate. He told The Bucks County Beacon, “School boards never used to be politically charged. People would run on both the Republican and Democrat ticket. I have been a lifelong independent, but I didn’t want my name on the Republican side, which is unadulterated hateness and blindness. When I started running, the first two questions I got were, ‘what are your views on masking, and what are your views on CRT?’ Their entire slate lost to Republicans campaigning specifically to end DEI, backed by Martino. O’Donnell said that in November’s gubernatorial election, “Mastriano is going to pull out every single one of these topics and every school board race. He was such a huge trumpeter for all this stuff. People who supported the winning slate are huge supporters of Mastriano.”

The root of these conflicts are, for the most part, not just political disagreements about how children should be taught – they come from a right-wing desire to curtail public education as a whole. The conservative and libertarian movements are not shy or secretive about their goal to gut public education – the Cato Institute, a libertarian think tank, has previously made the case “against public schooling.” Right-wing groups often mask these beliefs behind giving parents more educational “choices” in the form of state-funded vouchers that can be used for private or religious schools, taking money out of the public school system.

Mastriano, in an opinion piece published on his website entitled “Reevaluating how Pennsylvania funds education,” writes that public school underfunding is a “myth,” and instead blames “the rise in broken homes in certain communities” and “powerful teachers unions” on educational issues for students. He too supports vouchers and school choice, and his website includes a platform to “shift funding to students instead of systems.” Laura Foster, a parent and former student in the Pennridge School District, told The Bucks County Beacon, “This is Mastriano’s agenda – to privatize the schools. They’re slowly chipping away at what a public school education should be. They’re not allowing kids to learn their history or have real experiences.”

The teachers unions that Mastriano, Martino, and Jeff Yass, another right-wing mega donor to candidates who support school choice, all disdain will play a pivotal role in this year’s gubernatorial election. The Pennsylvania State Education Association, the largest teachers’ union in the state, plans to fight hard to elect Shapiro. On their website they write, “In the race for Pennsylvania governor, the contrast between the two winning candidates on education issues couldn’t be clearer … Mastriano’s voting record and public statements during the campaign are littered with undisguised attacks on public schools and the PSEA members who teach and serve students.” But on the other side, public schools will continue to be a battleground for the conservative movement. As fights around trans students, “controversial” books, and diversity initiatives continue to ramp up around the country, there’s no doubt those same fights will be mirrored closer to home, both in local public schools and in the gubernatorial race.

Freeman, who recently testified before Congress against book banning, told The Beacon:

“There’s short wins and then there’s long wins. Of course we’re not going to stop going to school board meetings, and we’re fighting for as much as we can, but the long win is the school board. That has to be the long win. And we need to win the governors’ race. We can’t let the far right take over our schools.” 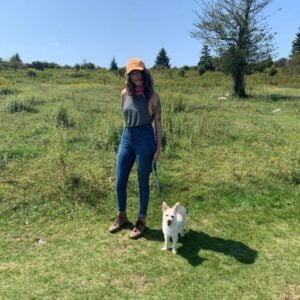 Mindy Isser works in the labor movement and lives in Philadelphia.
PrevFlorida Teacher Shows Bucks County Educators How to Fight Back Against Book Banning
Learn About and Celebrate Juneteenth in DoylestownNext