“The message that is really being said to our young people is that, ‘You are controversial. We think you’re dangerous, we think you’re a threat, and we can’t talk about you.’"

Republican state representatives in Pennsylvania have introduced a new bill aimed at limiting classroom instruction that is even more restrictive than Florida’s Parental Rights in Education Act. Known as HB 2813, the newly proposed bill would prohibit students and teachers from discussing sexual orientation or gender identity in the classroom in public and charter schools across the state.

According to Rep. Stephanie Borowicz, the lead sponsor of the bill, the legislation was modeled after Florida’s law, dubbed the “Don’t Say Gay” law, and uses nearly identical language, declaring that the “fundamental right of a parent” is to “make decisions regarding the student’s upbringing and well-being.” While Florida’s law, which went into effect in July, bans classroom instruction on sexual orientation and gender identity in kindergarten through third grade, HB 2813 is ultimately more expansive, extending all the way through fifth grade.

However, Borowicz has admitted that this doesn’t go far enough for her, indicating that she would ideally prefer to extend this bill to include every grade level. “It needs to really be protected all the way up to twelfth grade. We need to go all the way,” she said during a news conference at the State Capitol building in September, adding that the goal of the bill is to “protect our children” from “indoctrination.”

This comes against a larger backdrop of educational gag orders and anti-LGBTQ bills being pushed by Republican lawmakers around the country in an effort to attack LGBTQ rights and dismantle public education. Although Gov. Tom Wolf has vowed to veto the bill, his time in office is soon coming to an end, leaving the fate of the legislation in the hands of the winner of the upcoming gubernatorial election. While Democatric gubernatorial candidate Josh Shapiro, who is currently ahead in the polls, has promised to veto any anti-LGBTQ legislation, Republican nominee Doug Mastriano has expressed his fervent support for HB 2813 and has long been a vocal proponent of parental rights legislation and anti-LGBTQ discrimination.

In addition to severely limiting teachings related to sexual orientation and gender idenity, the bill would also require schools to notify parents or legal guardians of any physical or mental health care services a student receives, allow parents to deny students access to these services, and bar teachers and staff from “encouraging” students to withhold information about their mental or physical health from their parents, which experts say could include being forced to out LGBTQ students to their parents. The bill also allows parents to sue the school district for “appropriate injunctive relief or damages” if they believe the bill has been violated in any way.

Much like Florida’s Parental Rights in Education law, HB 2813 is incredibly vague, and according to Casey Pick, a senior fellow for advocacy and government affairs at The Trevor Project, this “vagueness is intentional.” Since the language of the bill is facially neutral and fails to state which specific topics would be prohibited, it would technically ban the discussion of any sexual orienation and gender identity, including heterosexual and cisgender identities. However, the rhetoric being used around the bill makes it clear that its primary purpose is to target LGBTQ students.

While the bill does not go into detail, Borowicz singled out LGBTQ students when she first introduced the bill in September, condemning “gender ideology,” the use of “gender neutral pronouns,” and allowing trans girls to play girls’ sports and use the correct restroom. She also disavowed LGBTQ-themed children’s books, falsely claiming that they contained “sexually explicit content and pornographic images.” During the same news conference, Rep. Milou Mackenzie, another sponsor of the bill, made a similar statement, falsely asserting that “these ideologies have crept into the curriculum and into the mindset of the faculty.”

The potential impact this bill could have on LGBTQ students has raised concerns from many experts and LGBTQ advocacy organizations, who say the legislation could take a significant toll on the mental health and well-being of LGBTQ students in Pennsylvania. “Our research shows consistently that young people who attend a school where they feel accepted as who they are, have much better mental health outcomes, including much lower rates of considering or attempting suicide than those LGBTQ youth who don’t find their school to be a safe haven,” Pick told the Bucks Country Beacon. “Unfortunately, this kind of legislation strips away those safe havens from LGBTQ students.”

According to Pick, even just the political debate around LGBTQ rights can have a negative impact of LGBTQ students, adding that the mere proposal of these bills, including the passage of Florida’s parental rights law, has had a “chilling effect” on classrooms across the country, causing teachers to censor and question themselves. Some school districts in Pennsylvania (like Bucks County’s Central Bucks School District) and around the nation, are even demanding that teachers scrape off “safe space” stickers and remove Pride flags from their classrooms, which sends a harmful message to LGBTQ students, especially those who have yet to come out.

“The message that is really being said to our young people is that, ‘You are controversial. We think you’re dangerous, we think you’re a threat, and we can’t talk about you.’ And all of these are things that have a tremendously negative effect on the mental health and well-being of LGBTQ youth, who just want to get an education and be accepted as who they are,” said Pick.

As for what accepting and affirming adults can do to help support LGBTQ students if this bill were to pass, experts recommend that teachers, counselors, and parents find a way to show students that they are a safe and trustworthy person to talk to and confide in. “When LGBTQ youth are not seen, valued, heard, or affirmed, we have witnessed the devastating effects,” PFLAG Bucks County leaders Rachel Fitzpatrick and Jessica Dziobecki told the Bucks County Beacon. “These harmful and damaging effects leave our LGBTQ loved ones at risk for depression, isolation, anxiety, and poor school outcomes.”

However, research from The Trevor Project has shown that having at least one supportive and accepting adult in an LGBTQ young person’s life can reduce their risk of suicide by at least 40 percent. According to Fitzpatrick and Dziobecki, teachers can “listen to their students and show that these students are heard” and help to ensure their safety by “stopping any bullying, harassment, or discrimation that occurs against LGBTQ students.”

“This is a moment of serious vulnerability for an LGBTQ young person, especially given what we know about the potential for family rejection, discrimination, and violence,” Pick said. “So being that safe person, having school be a safe, accepting space, makes a life-saving difference.” 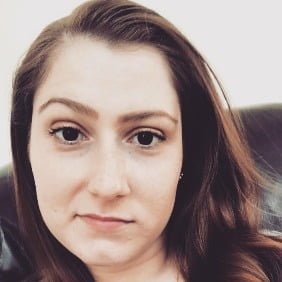 Catherine Caruso is a Pennsylvania-based freelance writer with a focus on culture, politics, education, and LGBTQ rights.
PrevMcCullough Campaign Ad Under Fire for Featuring Extremist Former School Board Candidate Who Shares Conspiracy Theories
Farry and Labs Have No Treats for Bucks County Voters, Only GOP TricksNext